Jay Schorr was one of Jeb Bush’s biggest fans.

The owner of a South Florida media company, Schorr was so glad to see Bush taking a hard look at a presidential campaign that in early February, he began funding radio ads touting the former Sunshine State governor as the solution to America’s ailments. “Only one man is running on a record of success: Jeb Bush,” intoned his initial 49-second spot, which Schorr believes was the first to promote Bush as a presidential candidate.

But there was a problem: Bush isn’t officially running for anything. Even as he winks and nods his way across early primary states, doing all the things candidates do—giving speeches, meeting with the press, raising money and building supporter lists—the former Florida governor has exploited the blind spots in U.S. campaign finance law to avoid the legal definition of candidate activity.

As a result, what Schorr got this week in return for his zeal and financial support was a cease-and-desist letter from Bush’s lawyers. “While we appreciate your enthusiasm,” they wrote in the missive, a copy of which was obtained by TIME, “your ads erroneously suggest that Governor Bush is a candidate for office and claim that he approved the messages in the ads. Please be aware that Governor Bush is NOT a candidate for any office and he has not approved any of your advertisements.”

As a legal matter, Bush’s lawyers had plenty of reasons to be cautious. His effort to reach the White House can only be carried out legally in its current incarnation if he denies that any of it is being done as part of a dedicated effort to win the White House.

If that sounds strange, welcome to the world of modern day campaign finance. The 2016 presidential election is poised to shatter spending records, with more money sloshing around than ever before. And a big part of the reason is the proliferation of individual-candidate super PACs, groups that can raise unlimited sums in support of specific candidates, but cannot directly coordinate most of their efforts with those candidates once they declare for federal office.

Super PACs emerged as a force in 2012, with patriotic monikers like Restore Our Future (which supported Mitt Romney) and Priorities USA Action (which backed Barack Obama and has since thrown its muscle behind Hillary Clinton). In 2014, they spread widely to Congressional races. And in the nascent phases of the 2016 race, they have become the most effective weapon in a presidential hopeful’s arsenal, a way for an undeclared candidate to stockpile unlimited sums right out of the gate.

Bush, like an array of other all-but-certain candidates, is using his Right to Rise super PAC to rake in millions of dollars, all while maintaining the pretense that he is not officially running for anything. After he becomes a candidate, he is almost certain to cut official ties to Right to Rise, leaving it in the hands of his staff, who will run television ads on his behalf. In the meantime, his lawyers are careful to ensure he doesn’t run afoul of Federal Election Commission regulations. (Charlie Spies, counsel to the Right to Rise PAC and the main author of the letter to Schorr, did not respond to a request for comment.)

The cease-and-desist letter shocked Schorr, who says he was simply trying to exercise his First Amendment rights to enumerate Bush’s merits. Schorr’s idea was to create one radio ad each week until November 2016. One quirky spot featured an imaginary dialogue between Bush and Bill Clinton; another challenged David Letterman to a monologue contest in response to a recent Late Night swipe. So far, he’s done about a half-dozen ads in total, paying about $7,000 out of his own pocket to place them on local radio and the Internet. “A mere pittance in political advertising terms,” he notes, “but for someone not being financed by big pocket donors, it’s significant.”

Though the spat has soured him a bit on Bush’s operation, Schorr says he still supports the former Florida governor. But he has come to believe that the episode highlights how Bush, like many other 2016 hopefuls, is flouting the spirit of U.S. campaign-finance laws, if not the letter.

“The whole campaign finance landscape is a sham. It’s a legal fiction. The candidates themselves are wink-winking—‘if I decide to run’,” he says. “They’re paying lip service to some ridiculous federal regulations that everyone circumvents.”

“People need to know,” Schorr adds, “that these candidates are running wild.” 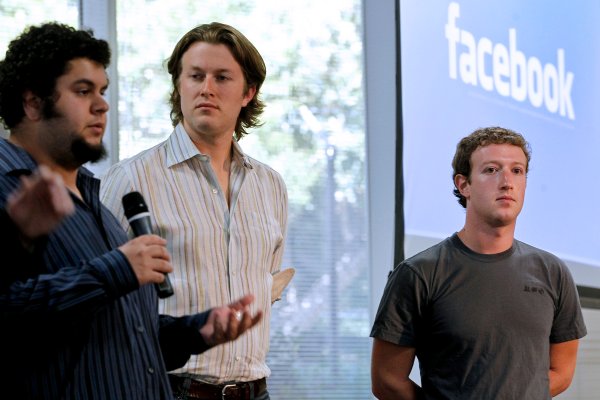