Israeli Prime Minister Benjamin Netanyahu said Thursday that he supports a two-state solution for Israel and Palestinian despite coming out against a Palestinian state on the eve of Tuesday’s election.

Netanyahu had reversed course on his support for a two-state solution when he said in an interview on Monday that he would not allow a Palestinian state if he remained in office. That stance appeared aimed at bolstering support from Israel’s right ahead of what was expected to be a close election on Tuesday, though his statement drew widespread condemnation abroad, including from the White House.

But fresh off of a surprise strong showing in Tuesday’s vote, Netanyahu said in an interview Thursday with MSNBC that he doesn’t want “a one-state solution.”

“I want a sustainable, peaceful two-state solution. But for that circumstances have to change,” said Netanyahu, who is poised to get a fourth term in office.

Netanyahu’s Likud party won 30 of the 120 seats in the Knesset, Israel’s parliament, handily defeating his strongest opposition, the Zionist Union, which won 24 seats. According to the Israeli system, President Reuven Rivlin is now expected to select Netanyahu to try to form a new coalition government.

Watch the full interview below: 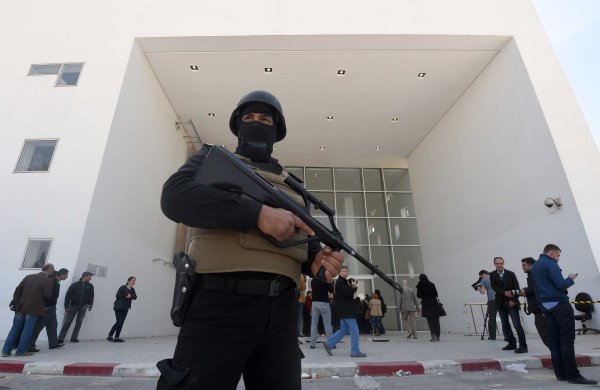 Tunisia Reels From a Terror Attack Possibly Linked to ISIS
Next Up: Editor's Pick