The new range assurance software will use maps and sensors to warn drivers before their car gets too far from a charging station to arrive using its current energy reserves. Every 30 seconds, the car will check energy usage against the amount of energy needed to get to the nearest charging station.

“This makes it effectively impossible for the driver of the model S to run out of range unintentionally,” said Musk at a press conference. “The car will actually double check. You’ll have to say, ‘Yes, I’m sure,’ twice, before you actually run out of range.”

The app will be released as an “over-the-air” software update for all Tesla Model S vehicles. The update will also include a Trip Planner that will guide drivers to the most convenient charging stations, factoring in a range of energy-sapping variables, including wind speed and mountainous passes.

This new update comes after Tesla recently improved the acceleration time on the high-end Tesla Model S P85D through a similar software update. Musk said Thursday that Tesla will continue to improve its cars’ sensitivity to their surrounding environment through quarterly software updates.

“We’re kind of waking up the car, if you will, and increasing its capabilities over time,” he said.

Tesla shares slipped by roughly 1.6% following the announcement, deflating a brief speculative surge of buying in the days leading up to the press conference. 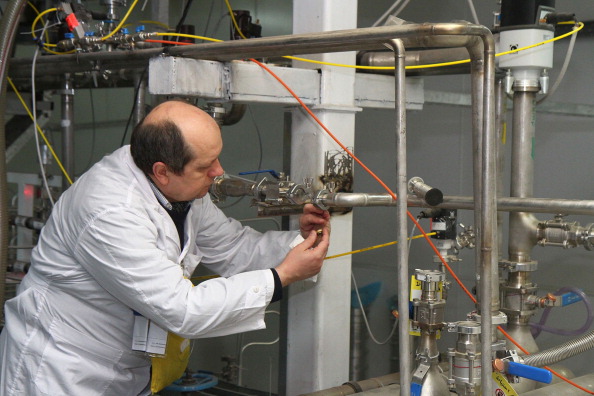 Five Best Ideas of the Day: March 19
Next Up: Editor's Pick