5 Things You Didn't Know About Tobacco

Despite killing 6 million people each year, tobacco use is still rampant worldwide, according to the new edition of the Tobacco Atlas, a report from the American Cancer Society and the World Lung Foundation. Drawn from the report, here are five startling tobacco facts worth knowing.

Smokers lit up more than 5.8 trillion cigarettes in 2014.

People have consistently been smoking fewer and fewer cigarettes for the last several decades in Europe and the Americas, but that improvement has been offset by growth of cigarette consumption in China. The average adult there smoked more than 2,000 cigarettes in 2014.

Tobacco kills at least half of its users.

People tend to think that lung cancer is responsible for tobacco-related deaths. It’s true: the disease kills more than a million smokers around the world every year. But lung cancer is just one of many tobacco-related ailments that can kill. Stroke, heart attack, bronchitis and emphysema are other top killers. And even if a smoker doesn’t get a disease caused by tobacco, smoking reduces the chances of surviving other conditions.

The tobacco industry spends billions of dollars annually promoting itself.

As people in developed nations like the U.S. increasingly realize the risks of smoking, the tobacco industry has invested resources in getting people in the developing world to adopt the habit. Faced with less regulation, the report says, marketing feeds the perception that smoking is not only “cool” but also provides health benefits. Smokers often ignore essentials to pay for their cigarette habit, finds the report. In high-income countries like Canada and France, nearly a third of male smokers are spending money on cigarettes and skimping on essentials like food. Nearly three-quarters of male smokers do the same in middle-income countries like Brazil and Thailand.

The report found some good news, too: a combination of regulation and public awareness can decrease the prevalence of smoking. Cigarette tax increases, for example, have been shown to improve the odds that smokers will quit and discourage people from picking up the practice in the first place. Other efforts like public smoking bans and restrictions on advertising have also had success, the authors say. In New York City, where these practices have been adopted, the prevalence of smoking has declined by a third. 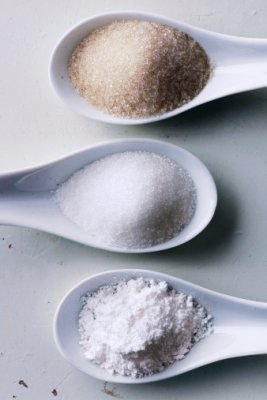 The 4 Most Confusing Things About Sugar
Next Up: Editor's Pick