When Colorado lawmakers wear earrings shaped like IUDs, it’s more of a political statement than an unusual fashion statement.

The uniquely shaped earrings signify bipartisan support for a bill in Colorado that would provide $5 million to fund IUDs and other long-acting, reversible contraceptives. Men are wearing them too– as pins clipped to their lapels, the Denver Post reports.

MORE: The Best Form of Birth Control is the One No One is Using

Republican state Rep. Don Coram co-sponsored the bill with Democratic Rep. KC Becker–he agreed to push for the IUD bill, even though he opposes abortion. Coram wears an IUD pin next to his American Flag pin on his lapel. “A redneck Republican wearing an IUD — it just doesn’t make sense does it?” he told the Post. He notes that every dollar put into the program could save almost $6 in Medicaid costs over a three-year period.

The IUD earrings, which sell for $20 on Etsy, are made by Ohio OB-GYN Virginia Smith who also makes jewelry. 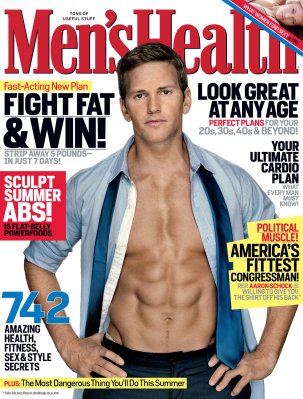