Members of the Guinean Red Cross move the body of a person who died from the Ebola virus on March 8, 2015 at the Donka hospital in Conakry.
Cellou Binani—AFP/Getty Images
By Aryn Baker

Even though the latest Ebola epidemic first surfaced in Guinea more than a year ago, the tiny West African nation has been largely spared the catastrophic escalations in case counts experienced by neighbors Liberia and Sierra Leone. At the peak of the crisis, Liberia was reporting 442 new cases a week, with corpses filling hospital morgues and rotting on street corners. Now, nearly two weeks after Liberia’s last known Ebola patient was declared free from the disease, Guinea has reached its own grim milestone, with 95 new cases in the week ending March 15, the highest weekly tally of new cases so far this year according to the World Health Organization [WHO]. Sierra Leone, meanwhile, is seeing some success, reporting 55 new confirmed cases last week in its lowest weekly total since June, when the epidemic first started to spin out of control.

Even though Guinea’s reported caseload was down from that country’s peak of 156 at the end of December, it still represents a near doubling of infections, from 58, in the span of one week. That’s a troubling sign for the region as a whole, particularly as WHO noted with concern that the chain of transmission in Guinea is happening largely out of sight of health workers who can monitor and isolate the contacts of infected people, a process that helps stop the spread. Another cause for concern is that most of the infections in both Guinea and Sierra Leone have occurred along a narrow, well-trafficked corridor along the two countries’ shared border. “The population is highly mobile, with a great deal of movement throughout surrounding districts and countries,” says the weekly situation report. “Limiting the movements of cases and contacts is challenging but essential to prevent the seeding of new outbreaks.”

Thursday marks the 13th day since the last patient tested positive for Ebola in Liberia; but the WHO requires 42 days — twice the maximum incubation period for the highly infectious disease — before it can be declared Ebola-free. Even then Liberia can hardly afford to relax if its neighbors still harbor the disease. Ebola spread in Guinea for four months before it crossed the border to Liberia, launching the epidemic that has so far claimed 10,194 lives. 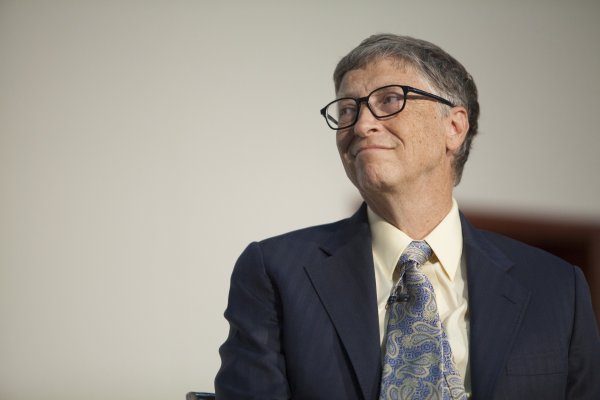 This Is How Bill Gates Says We Can Avoid Another Global Health Crisis
Next Up: Editor's Pick