Review: How Empire Changed the Game

Spoilers for the Empire season finale below:

The season finale of Empire was the equivalent of an entire season of most other shows. In other words, it was like every other night of Empire, but twice as much. Since January, the addictive music-biz drama has shot to number one with a bullet–several bullets, really–and it’s rocketed up there by burning a tank of 100% high-octane plot, trying on stories and throwing them off like a performer changing outfits at a video shoot.

So if watching one hour of Empire can be dizzying, two of them back to back, throwing out twists to set up a second season, is like an all-nighter at the club: I hope you stayed hydrated. Blood was spilled, weaves were pulled, alliances were changed, and Lucious Lyon went from dying man to ALS-free jailbird all in one night. That’s why it doesn’t matter so much that it’s hard to keep up with the subplots twists on Empire. Chances are, they’ll change by the next commercial break anyway.

The way Empire constantly keeps the gas pedal of its Maybach floored is what makes the ride so fun, of course; it’s like a show for people who find themselves checking their watches during Scandal. I don’t want to oversell the similarities with Shonda Rhimes’ serials, because in some ways Empire is more old-fashioned, calling back to family sagas like Dallas and Dynasty. But like Shondaland’s shows, it has an aesthetic of acceleration: it doesn’t just go fast, it always feels like it’s getting faster. (Only on Empire is it not enough that Rhonda kill Vernon; she must announce she’s pregnant at the same time.)

It works so well not just because Empire is ridiculously, swaggeringly fun, but because its speed fits its subject: not just the hip-hop business, but the worlds of fashion and pop culture generally. The Lyon family is in the Next Thing business; why shouldn’t their story always be restlessly moving on? (Take Cookie and Malcolm, who consummated their flirtation, then ended it parenthetically, as he announced he was off to Washington to work in the Department of High-Level Government Job.)

The risk for any story moving at this speed that that the characters disintegrate under the G-forces of constant change. They swerve and shift, becoming whatever they need to be to keep us off-balance–as often happened on another one-time Fox phenom, Glee, which ends its run on Friday. There was some of this in the season finale; much as I pretty much bought Jamal realizing he craved Lucious’ approval, for instance, I didn’t buy him suddenly becoming a guy who would suddenly hold Sleazy Judd Nelson over a balcony.

But then the show delivers something like the terrific songwriting scene between Jamal and Lucious. Much as Jamal has stood up to his father all season, he’s still a son. And even if there’s a pure plot reason for this–setting up the reversal of making Jamal Lucious’ heir–it makes sense that there’s a part of him that still wants his dad to pull him out of that garbage can and take him back. It’ not easy, though, and their duet is charged with conflicting emotion–hostility and respect, regret and anger.

Empire is about hyperbole and excess and escapism; like the scepter Lucious passes on to Jamal, it’s a gold lion with a diamond in its teeth. But it also gets that music is about transmuting pain into beauty, and that’s what the Lyon family fortune is really based on. Lucious is terrifying and despicable, yet every awful choice he’s made is inseparable from what he’s accomplished, because it fueled his art.

Likewise Cookie’s music producing, Hakeem and Jamal’s recording, even André’s converting his feelings of musical inadequacy into his business drive. The Lyon family business is about taking bad memories and raw emotions and turning them into art. (The memories especially; the finale had so many flashback montages, it was like the show’s life was flashing before its eyes.) That’s the story of the blues, that’s the story of hip-hop. Now it’s the story of Empire.

Like many a new pop sensation, Empire is living fast. In three months’ time, the show has proven that an African American focused drama can be a mass hit (without running from its identity, as with the finale’s shout-out to Black Lives Matter). It’s revived the primetime soap and TV musical genre at the same time. And it’s established legitimacy in the very music business it depicts; it must have requests for cameos in season 2 stacked up like planes approaching JFK airport. As Hakeem would say, the show changed the game.

There’s definitely room for improvement, though. Cookie instantly became one of TV’s standout characters, but the show could use other multidimensional female characters. And you have to wonder, like any fast phenom, if Empire can sustain its heat and its burn rate over the long run.

But in the first season ender, which essentially reversed the positions of nearly every major character from where they began, it’s showing no signs of holding back or saving story for later. At one point, Lucious uses a soap villain’s favorite metaphor to explain turning on Cookie: “Sometimes you have to sacrifice your queen to win the game.” Why stop there? Empire would just as soon flip over the whole board.

Read next: Empire Showrunner: We Always Planned That Would Happen to Lucious 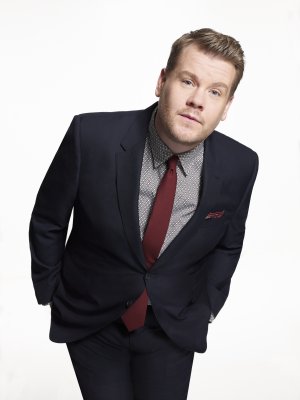 James Corden Wants to Make the World of Late-Night TV More Diverse
Next Up: Editor's Pick