Will this be the year baseball finally hurries up its act? The average time of a nine-inning Major League Baseball game was 3 hr. 2 min. in 2014, up from 2:54 in 1999 and 2:33 in 1981. The increase is the result of additional pitching changes–due to the rise of specialist relievers–and hitters spending more time square dancing in and out of the batter’s box.

That languorous pace hasn’t helped America’s pastime attract younger fans–one reason that new MLB commissioner Rob Manfred has made faster play a priority. When the 2015 season begins on April 5, hitters will be generally required to keep one foot in the batter’s box. And a stadium clock will count down the time between innings: a 2-min. 25-sec. break for locally televised games, 2:45 for national-TV games.

At least one star player is griping about the new rules. “I call that bullsh-t,” Boston Red Sox slugger David Ortiz said about the batter’s-box policy. No, Big Papi, that’s progress. Baseball can’t afford to bleed any more fans. Hurry up, already. 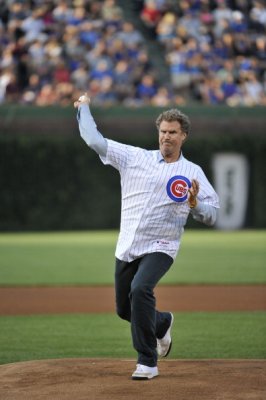 Will Ferrell Will Play All 9 Positions in 8 Different Baseball Games
Next Up: Editor's Pick