A few years ago, I drove from Jerusalem to the West Bank, to the city of Bethlehem, to have dinner with TIME’s Palestinian stringer, the late Jamil Hamad. He was a gentle and sophisticated man, soft-spoken, and levelheaded when it came to politics. After dinner, I drove back to Jerusalem and had to pass through the bleak, forbidding security wall. An Israeli soldier asked for my papers; I gave her my passport. “You’re American!” she said, not very officially. “I love America. Where are you from?” New York, I said. “Wow,” she said, with a big smile. And then she turned serious. “What were you doing in there,” she asked, nodding toward the Palestinian side, “with those animals?”

And that, of course, is why Prime Minister Benjamin Netanyahu “won” the Israeli election. That is how he won the election even though there was a strong economic case against him, and people were tired of his ways, and about 200 former Israeli military and intelligence leaders publicly opposed his dangerously bellicose foreign policy. He won because he ran as a bigot. This is a sad reality: a great many Jews have come to regard Arabs as the rest of the world traditionally regarded Jews. They have had cause. There have been wars, indiscriminate rockets and brutal terrorist attacks. There has been overpowering anti-Jewish bigotry on the Arab side, plus loathsome genocidal statements from the Iranians and others. But there has been a tragic sense of superiority and destiny on the Israeli side as well.

This has been true from the start. Read Ari Shavit’s brilliant conundrum of a book, My Promised Land, and you will get chapter and verse about the massacres perpetrated by Jews in 1948 to secure their homeland. It may be argued that the massacres were necessary, that Israel could not have been created without them, but they were massacres nonetheless. Women and children were murdered. It was the sort of behavior that is only possible when an enemy has been dehumanized. That history haunted Netanyahu’s rhetoric in the days before the election, when he scared Jews into voting for him because, he said, the Arabs were coming to polls in buses, in droves, fueled by foreign money.

It should be noted that those Arabs represent about 20% of the population of Israel. About 160,000 of them are Christian, and some of them are descendants of the first followers of Jesus. Almost all of them speak Hebrew. Every last one is a citizen—and it has been part of Israel’s democratic conceit that they are equal citizens. The public ratification of Netanyahu’s bigotry put the lie to that.

Another conceit has been that the Israeli populace favors a two-state solution. That may still be true, but the surge of voters to the Likud party in the days after Netanyahu denied Palestinian statehood sends the message that a critical mass of Israeli Jews supports the idea of Greater Israel, including Judea and Samaria on the West Bank. This puts Israeli democracy in peril. The alternative to a two-state solution is a one-state solution. That state can only be Jewish, in the long run, if West Bank Arabs are denied the right to vote.

There will be many—in the Muslim world, in Europe—who will say that the results are no surprise, that Israel has become a harsh, bigoted tyrant state. It has certainly acted that way at times, but usually with excellent provocation. It is an appalling irony that the Israeli vote brought joy to American neoconservatives and European anti-Semites alike.

When I was a little boy, my grandmother would sing me to sleep with the Israeli national anthem. It still brings tears to my eyes. My near annual visits to Israel have always been memorable. About a decade ago, I was at a welcoming ceremony for new immigrants—­thousands of them, Russians and Iranians and Ethiopians. And I thought, if Ethiopians and Russians could join that way, why not, eventually, Semites and Semites, Jews and Arabs?

That was the dream—that somehow Jews and Arabs could make it work, could eventually, together, create vibrant societies that would transcend bigotry and exist side by side. The dream was that the unifying force of common humanity and ethnicity would, for once, trump religious exceptionalism. It was always a long shot. It seems impossible now. For the sake of his own future, Benjamin Netanyahu has made dreadful Jewish history: he is the man who made anti-Arab bigotry an overt factor in Israeli political life. This is beyond tragic. It is shameful and embarrassing.

Read next: What Netanyahu’s Victory in Israel Means for the World 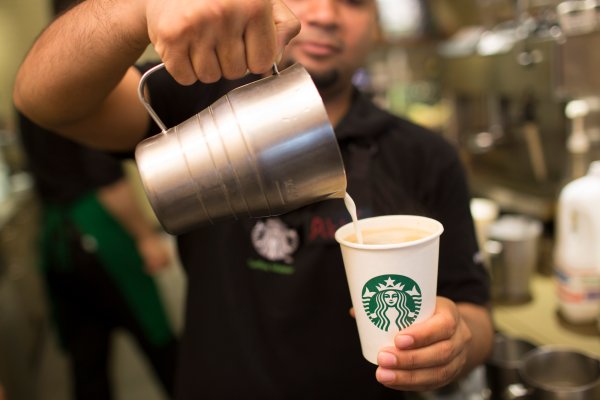 Starbucks 'Race Together' Initiative Is Brilliant
Next Up: Editor's Pick