Kanye West performs during the Outside Lands Music and Arts Festival at Golden Gate Park on Aug. 8, 2014 in San Francisco.
Tim Mosenfelder—Getty Images
By Samantha Grossman

Kanye West is all set to headline England’s Glastonbury Festival in June — but thousands of angry music fans are hoping that will change. (So far, the only other confirmed acts are Foo Fighters and Lionel Richie.)

A petition on Change.org is asking Glastonbury officials to cancel Kanye’s set and get a rock band to replace him. Here’s what the petition, started by British music fan Neil Lonsdale, says more specifically:

By Wednesday afternoon, the petition had just over 50,000 signatures. (It should be noted that anybody — not just Glastonbury ticket holders — can sign.)

This isn’t the first time Glastonbury festival-goers have protested a hip-hop headliner. In 2008, fans made a fuss about Jay Z headlining the festival — and Oasis frontman Noel Gallagher even got involved, saying, “I’m not having hip-hop at Glastonbury. It’s wrong.” But none of that stopped Jay from performing, so it’s unlikely that anything will keep Kanye from performing either. 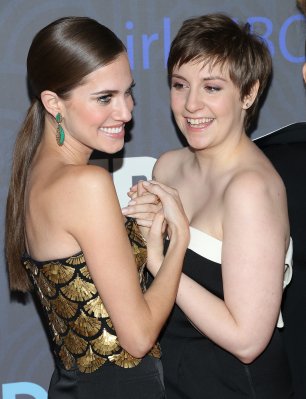 Lena Dunham and Allison Williams Just Went Lady and the Tramp on a Twizzler For Charity
Next Up: Editor's Pick