Here's the Terrifying Truth About Metal Shards in Your Food

Kraft Foods is recalling 242,000 cases of its Macaroni & Cheese product because “metal shards” have been found in some boxes. The recall is getting lots of attention both because of the size of the recall and because the product is so popular. But contamination of food with foreign objects, and metal pieces in particular, happens more often than you might think.

In January, Unibright Foods recalled about 50,000 pounds of prepared meat products that were shipped to seven U.S. states after it was discovered that packages might contain what the Department of Agriculture called “extraneous metal materials.” A restaurant in Illinois discovered a piece of stainless steel wire in one of the sukiyaki beef products.

Last June, Wegmans recalled 6,000 bags of ice sold in its stores across the northeast over a period of more than five months that contained metal pieces from a broken machine part. In that case, contaminated bags of ice were discovered by the company itself, and no shards were found in ice that was actually sold.

In 2012, metal pieces in private-label products made by Bay Valley Foods, resulted in a recall of 74,000 cases of boxed pasta mix products, including macaroni and cheese.

That same year, Kellogg recalled 2.8 million boxes of Bite Size Frosted and Unfrosted Mini-Wheats when “due to the possible presence of fragments of flexible metal mesh from a faulty manufacturing part.” The boxes were distributed across the country.

And those are just a few of the cases of metal contamination over the past few years. Nobody knows exactly how often that particular problem occurs. But while food recalls involving disease-causing agents like E. coli and salmonella get the most attention, recalls due to the contamination of foreign objects are far from rare.

It’s perhaps not so surprising that metal pieces end up in food products, given our industrialized food system. When a piece of machinery breaks off in an electronics factory or an automotive plant, that’s a problem. When it happens in the food chain, that’s downright dangerous, though apparently few deaths or serious injuries have been reported from such contamination.

Some companies are taking steps to reduce the problem, including some highly sophisticated ones like ultrasound and nuclear magnetic resonance techniques. Production lines have been reconfigured and redesigned to minimize the number of parts that have metal moving against metal. |

But as long as we want a the wide variety of inexpensive food we get from our industrialized food system, the hazards of metal and other foreign objects making their way into our food supply will remain.

Read next: How Kraft’s Mac and Cheese Recall Will Affect Its Stock Price 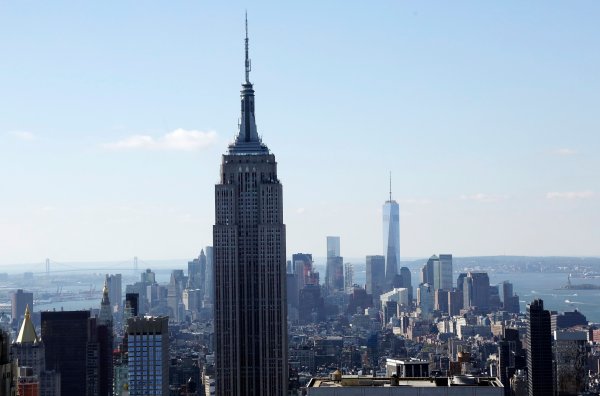 Starbucks Plans to Launch Delivery Service
Next Up: Editor's Pick