Netanyahu Divides as He Conquers in Israeli Election

Israeli Prime Minister and the leader of the Likud Party Benjamin Netanyahu greets supporters at the party's election headquarters after the first results of the Israeli general election on March 18, 2015 in Tel Aviv, Israel.
Salih Zeki Fazlioglu—Anadolu Agency/Getty Images
By Ilene Prusher / Jerusalem

Much of Israel and the rest of the Middle East went to bed late Tuesday with initial exit polls showing Prime Minister Benjamin Netanyahu’s right-wing Likud party in a virtual tie with its main rival, the center-left Zionist Union, but awoke Wednesday to a vastly different outcome.

Not only was Netanyahu re-elected in a landslide that had been undetected by most pollsters ahead of Tuesday’s ballot, grabbing 30 of the Knesset’s 120 seats, but for the first time in Israeli history the third-largest party is Arab, comprising a bloc of 14 seats.

With this ascendency of Israeli Arabs — some of whom prefer to be called Palestinian Israelis — increasingly apparent in the weeks leading up the elections, Netanyahu played on fears of their empowerment on election day. He sent out controversial videos, text messages and tweets saying that “the Arabs are streaming to the polls in droves,” and accused the left wing of “busing them in.” In the 48 hours before the vote, an intense period in which Likud seemed to be trailing three or four seats behind the Zionist Union, an alliance under the leadership of Isaac Herzog and Tzipi Livni, Netanyahu vowed there would be no Palestinian state if he was elected.

These moves by Netanyahu may well have helped him win an election that he looked slated to lose just a few days earlier.

Netanyahu said on Wednesday that he would work to form a coalition within two to three weeks, adding that he was “thrilled by the heavy responsibility of his victory.” In a trip to the Western Wall, where he appeared to give thanks for his surprise success at the polls, he also promised that he would work for the benefit of all Israel’s citizens — a sore spot after the tactics of a day earlier. “I appreciate the decision by Israel’s citizens to elect me and my friends, against all odds and in the face of powerful forces,” he said, “and I will do everything I can to care for the security and welfare of all Israelis.”

Those friends with whom he’s likely to form a coalition are the Jewish Home party, the ultra-Orthodox parties Shas and United Torah Judaism, and centrist parties such as Kulanu and Yesh Atid.

But his checkered campaign leaves him with a remarkably raw relationship with the 20% of Israeli citizens who are Arab, following his public painting of their voting power as an existential threat to Israel, and it leaves him with no bridges left to burn with the Palestinian Authority, much less moderate Arab countries that have been pushing for a two-state solution since the launch of the Arab Peace Initiative a decade ago. All this, of course, comes amid an historic low point in relations between Washington and Jerusalem. Tuesday’s elections came about two weeks after Netanyahu addressed a joint session of Congress to warn of a “bad deal” on a nuclear Iran, much to the chagrin of the Obama Administration.

MORE: What Netanyahu’s Victory in Israel Means for the World

Senior officials in the Palestinian President Mahmoud Abbas’ office said the election outcome proved that Palestinians had no partner in Israel — a reversal of the accusation that Netanyahu and other right-wing Israeli politicians have often lodged at the Palestinian Authority.

Chief Palestinian negotiator Saeb Erekat blamed the international community for not doing more to protest Palestinian rights, and indicated that its tolerance of Netanyahu’s policies had paved the way to his successful bid to consolidate his power.

Netanyahu thumbing his nose at the U.S.-brokered peace process and turning his back on the landmark speech he made at Bar-Ilan University in 2009, during which he said he was in principle open to a Palestinian state, was clearly an attempt to lure back right-wing voters. Many of them had drifted over to parties like Jewish Home, headed by Naftali Bennett, who was a key coalition partner in the last government and will almost certainly be in the next one as well. Many others, says pollster Avi Dejani, president of the Geocartography Knowledge Group, for weeks indicated that they were undecided.

“So we asked, if you do vote, for whom will it be — and for whom did you vote in the past? Likud, they said,” Dejani explained, in a conference call arranged by The Israel Project. “Many, many voters who are politically allied with the Likud got scared that the left may actually win, and they came back home.”

The scare tactics included a video sent out early on election day, telling supporters to rush out and vote because Arabs were supposedly voting in high numbers. Arab voter turnout was higher than in previous years — around 68%, members of the United List say. This upsurge in a sector where so many express feeling disenfranchised and marginalized came in large part from the new wings that Israeli Arab politicians got from their constituents by having put aside their internal differences and uniting.

In an ironic twist, this effort to put all four Arab parties on one list, called the Joint List, was born in part of the efforts of right-wing parties to marginalize Arab lawmakers and force some of them out of the Knesset. These right-wing parliamentarians authored legislation that made it necessary for the first time for any party running for office to earn at least 3.25% of the vote to earn a mandate. This means smaller parties under that new threshold would no longer make it into the Knesset, a change that was most likely to affect smaller Arab parties.

“There were really no buses, by the way,” says Yousef Jabareen a new member of Knesset. “When that video came out, the voter turnout then was still very low. So it was factually misleading, and unfortunately, Netanyahu gained some support because of that.”

The video, he said, raised “a feeling of anger” and some degree of shock that a sitting Prime Minister could portray Israeli citizens going to the ballot box on election day as a threat. “He is the top official in Israel, and you would expect him to encourage people to vote and to be part of the democratic process,” says Jabareen. “However, in Israel apparently, the standards are different. Can you imagine if in Europe the French premiers said he’s worried about too many Jews voting?”

That sentiment was reverberating through the American Jewish community as well. Influential Haaretz columnist Chemi Shalev, also the left-wing paper’s U.S. editor, tweeted: “To Netanyahu’s many American friends: what if a US President had said ‘too many Jews are voting?'” Shalev’s comment was retweeted more than 500 times. Rick Jacobs, the leader of Reform Jewish movement spoke out against “disheartening” statements in the campaign and said “Israel deserves better.”

As news of Netanyahu’s win began to settle in, the U.S. rebuked the Prime Minister over his words in the last few days of the campaign, as he aimed to shore up support. “The Obama Administration is deeply concerned by the use of divisive rhetoric in Israel that sought to marginalize Arab Israeli citizens,” White House Press Secretary Josh Earnest said.

Netanyahu is now trying to find coalition partners with whom to build a new government, which may be an uphill battle. But repairing relations with his international partners, like the “special relationship” between Jerusalem and Washington, may prove even harder.

Read next: American Donors Give to the Israeli Right 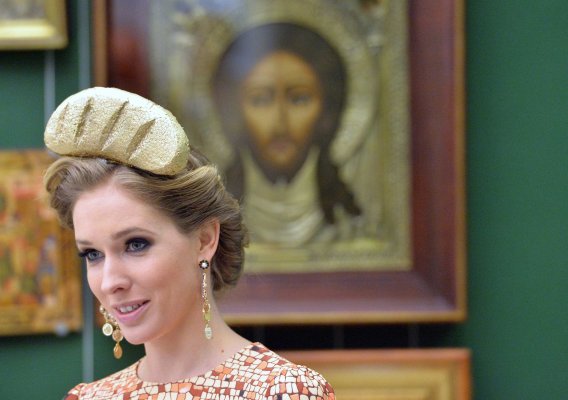 Theft of Ukraine's 'Golden Loaf' Reflects the Revolution's Failings
Next Up: Editor's Pick