The gossip magazine Us Weekly retracted a report Thursday that claimed Kendall Jenner had spoken out about her father Bruce Jenner’s rumored transition from a man to a woman.

Kendall Jenner had earlier denied speaking to one of the magazine’s reporters Saturday at the Comedy Central roast of Justin Bieber. “I love my dad,” the retracted article quoted her as saying. “He’s always been there for me and my sisters. He’s a wonderful man. And just because he’s changing shoes now, so to speak, doesn’t make him less wonderful. I will always love my dad, whether he’s a man or a woman.”

Us Weekly said Thursday it had “concerns about the veracity of the interview,” which they said had been written by a freelance journalist. The story has since been taken down from Us Weekly‘s website.

Rumors about Bruce Jenner’s transition have been swirling for months with no official comment from the Jenner-Kardashian family. The former Olympian, 65, may be getting his own E! docu-series about his life since filing for divorce from Kardashian matriarch, Kris Jenner, according to BuzzFeed. Though details about the potential series have been kept under wraps, many have speculated that Jenner—who featured on the E! reality series Keeping Up With the Kardashians—is filming his transition for the show.

Jenner’s step-daughter, Kim Kardashian, hinted in January that Jenner was preparing to share his personal journey. “I will say that I think Bruce should tell his story his way,” she told People. “I think everyone goes through things in life, and I think that story and what Bruce is going through, I think he’ll share whenever the time is right…I think Bruce is very happy, the happiest I’ve ever seen him.”

Read next: My Father Transitioned When I Was a Kid and It Was Nothing Like Transparent 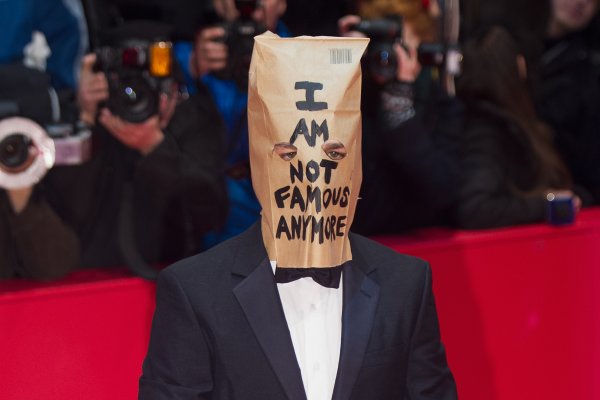 You Can Now Listen to Shia LaBeouf's Heartbeat Online
Next Up: Editor's Pick