Sharknado 3 Gets an Official Title and Premiere Date

The third Sharknado film officially has a title, and it’s thankfully more original than Sharknado 2: The Second One. (But just barely.)

Sharknado 3: Oh Hell No!, which sums up most people’s reactions to news of another sequel, will premiere July 22 at 9 p.m. on Syfy, the network announced.

“We wanted this third title to boldly go where no shark movie has gone before,” said Chris Regina, Syfy’s senior vice president of programming, in a statement. “Sharknado 3: Oh Hell No! embraces the larger-than-life irreverence that has made these movies so popular and entertaining.”

After tackling Los Angeles and New York City in the first two films, the Sharknado series is now headed to the Eastern Seaboard, where it will work its way down from Washington, D.C., to Orlando, Fla. Naturally, in a series known for its oddball celebrity cameos, there will be some special political guests — like Michele Bachmann, playing herself. 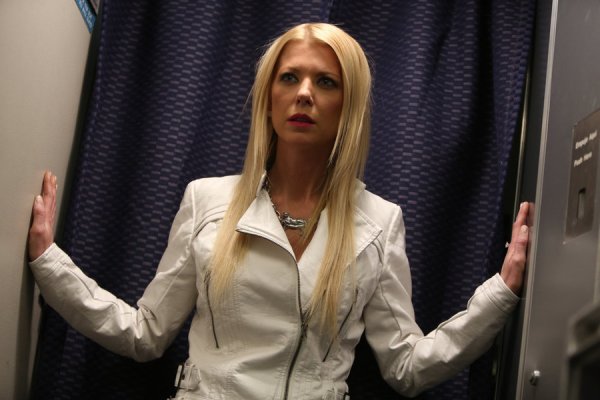