On Tuesday the Presbyterian Church (USA) voted to redefine marriage as “a commitment between two people, traditionally a man and a woman,” formally allowing same-sex marriages within the church. The vote to modify the church constitution follows last year’s recommendation from the church’s General Assembly.

Here’s are other major churches in the U.S. that allow same-sex marriage:

The Evangelical Lutheran Church of America allows same-sex couples to get married, but leaves it up to individual ministers of congregations to decide, according to a 2009 resolution. “There is nothing that prescribes who a congregation pastor can marry or not marry, so long as it is consistent with state law,” ELCA Secretary David Swartling said in 2012.

The Episcopal Church established a rite of blessing for same-sex couples in 2012 and prohibited discrimination against transgender people. It has welcomed gay people since 1976, when its General Convention decided that “homosexual persons are children of God who have a full and equal claim with all other persons upon the love, acceptance, and pastoral concern and care of the Church.” Technically it has no official policy sanctioning same-sex marriage, but it will take up the issue in June.

The United Church of Christ has allowed same-sex couples to get married since 2005. At the 25th General Synod of the United Church of Christ in Atlanta, it “affirm[ed] equal marriage rights for couples regardless of gender and declares that the government should not interfere with couples regardless of gender who choose to marry and share fully and equally in the rights, responsibilities and commitment of legally recognized marriage.” It was the first major Protestant denomination to do so. 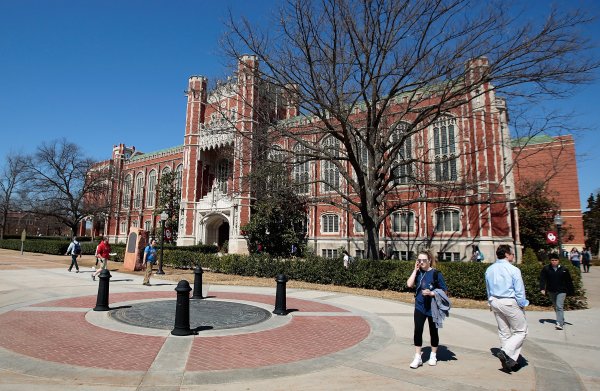 Fraternity Announces Diversity Initiative After Scandal
Next Up: Editor's Pick