In the worst attack on foreigners since the Arab revolutions erupted four years ago, more than 20 people were killed in Tunisia on Wednesday along with two of the country’s citizens, when gunmen stormed the country’s most important museum.

The attack, for which no group has yet taken responsibility, raises the prospect that the terrorist attacks that have become increasingly common elsewhere in the region could destabilize the sole democracy to emerge from the Arab Spring.

Early Wednesday afternoon, two gunmen armed with automatic weapons attacked the Bardo Museum in the capital, Tunis, and opened fire on tourists, before taking numerous foreigners hostage inside the museum. Some three hours later, police stormed the museum, killing the gunmen and freeing the hostages.

Tunisian officials said those killed were Polish, German, Spanish and Italian. Local television aired footage taken inside the museum, showing a group of tourists, seemingly under siege, sitting on the floor of an exhibition room below ancient mosaics. The building sits close to the country’s parliament, and early reports suggested the gunmen may also have attempted to enter that building.

Prime Minister Habib Essid — who took office only in January — went on television after security forces killed the gunmen. Grim-faced and clearly shaken, he told Tunisians that they needed to help face down militant groups. “The citizens, the army, are all responsible,” he said. “All of us must support the security forces to fight against this scourge.”

To some Tunisians, the attack in the tiny North African country seemed all too predictable. Although Tunisia is one of the few countries wracked by the Arab Spring uprisings to have successfully held peaceful elections — which it did in December — the regional upheaval has pummeled foreign investment, and Essid told parliament on Tuesday that unemployment among educated Tunisians was now around 30%. These are the kinds of conditions that helped bring thousands of people into the streets in 2011 to drive out Tunisia’s longtime dictator — but also the kinds that can drive a young, resentful population toward extremism.

Indeed, officials believe about 3,000 Tunisians have left the country to join jihadist groups in Syria and Iraq, including ISIS, over the past four years. Tunisia’s most wanted terrorist, Ahmed al-Rouissi, was killed in Libya only two days ago, fighting with ISIS jihadists in the coastal city of Sirt. The government has long warned about the dangers the country faces as these battle-hardened fighters return home.

Militant groups in rural areas have staged attacks for several months on military personnel and police officers, killing several of them. Essid told parliament just this week that police had uncovered several big weapons caches in the remote southern desert, and dismantled militant cells. On Monday, Tunisian police arrested 22 people in Kairouan, a small central city, for allegedly recruiting locals for jihadist training and then sending them across Tunisia’s eastern border into Libya, which is wracked by militant violence and rising ISIS activity. Many believed it was only a matter of time before this violence spread to the country’s capital.

Early reports suggested that the attack might have been well planned and carefully timed. At the moment the gunmen attacked the parliament, lawmakers were debating a tough new antiterrorism law. The attack might also have timed in order to target foreigners, since Mediterranean cruise ships dock each Wednesday in Tunis’ La Goulette harbor. There, coach buses ferry tourists to the Bardo museum, which sits on the same downtown compound as the parliament building.

The fact that foreign tourists were killed seems sure to create major new problems for Tunisia, whose economy relies heavily on European visitors. For years, the country has been a favorite, close getaway for French tourists, with Paris a two-hour flight from its former colony, and with no laws banning alcohol or bikinis on the beaches. After the upheaval of the Arab Spring, many tourists stayed away. But in recent months Tunisian tourism posters in the Paris Metro have assured the French that they wanted them back in big numbers, and that the country was safe — a contrast, say, from other popular North African destinations like Egypt’s Sinai peninsula.

But it will be hard for officials to offer such assurances now. “This will be very, very bad for the country,” Mounir Khelifa, an English professor at Tunis’ Manoubia University, told TIME by phone shortly after the attack. “Tunisia has been hovering between hope and fear. Now, if the economy is hurt, there will probably be strikes and protests, and then who will care about building up democratic institutions?” 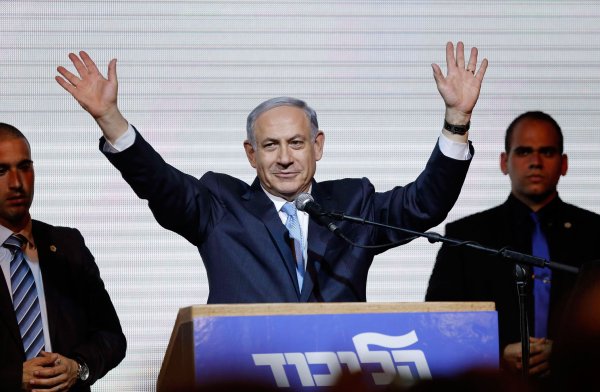 What Netanyahu's Victory Means for the World
Next Up: Editor's Pick