Students at University of Oklahoma on March 11, 2015 in Norman, Oklahoma.
Brett Deering—Getty Images
By Charlotte Alter

Sigma Alpha Epsilon unveiled a new diversity initiative Wednesday in response to the scandal at the fraternity’s University of Oklahoma chapter, in which SAE members were expelled from the school after they were were caught on video chanting racial slurs.

The organization will hire a director of diversity and inclusion, making SAE the first major North American Greek organization to include such a role, the fraternity announced at a press conference. SAE also plans to require mandatory diversity education for all members and staff, set up a national advisory committee on diversity and inclusion, and set up an anonymous tip line so that SAE members or classmates can report any inappropriate behavior to the fraternity leadership. SAE Executive Director Blaine Ayers said the leadership will investigate every call made to the hotline.

“Today I want to apologize on behalf of our Fraternity for the pain this situation has caused,” Ayers said in a statement. “The words were offensive and harmful, and we now must begin the task of seeking forgiveness and taking steps to ensure this never happens again.”

After the video of SAE members chanting racist slurs surfaced last week, the University of Oklahoma branch of SAE was shut down and two fraternity members were expelled. 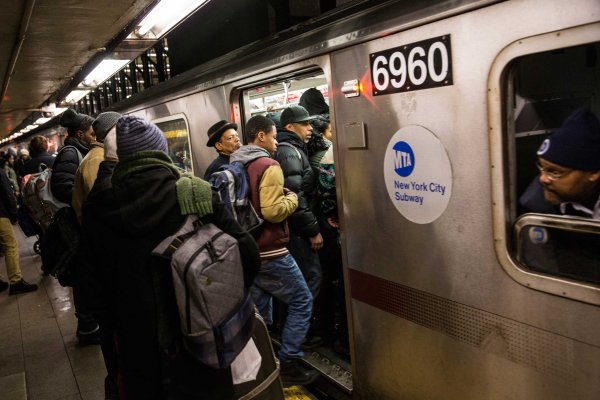 See How Bad Your Commute Is Compared to Other Cities
Next Up: Editor's Pick