Head coach Jim Boeheim of the Syracuse Orange at the game against the Virginia Cavaliers in Syracuse, N.Y. on March 2, 2015.
Rich Barnes—Getty Images
By Scooby Axson / Sports Illustrated

In 39 seasons at the school, Boeheim has taken his teams to 31 NCAA tournaments, and won 11 regular season conference championships and five conference tournament titles. Syracuse won the 2003 NCAA title and has been to four Final Fours under Boeheim.

As Syracuse coach, the 70-year-old Boeheim has compiled a record of 966-333​, though he will have 108 of his 966 victories vacated following an eight-year investigation by the NCAA​. The investigation found that the athletic program was complacent in academic misconduct, improper benefits and turning a blind eye to the school’s drug policy. As part of the school’s punishment, Boeheim was suspended for nine conference games next year.​

Last week, Boeheim seemed to address his future at a banquet for the program. “I came here in 1962,” he said. “I’m not going anywhere.”

He was also an assistant on the 2008 and 2012 Olympic USA Basketball teams, both of which won gold medals.

The news comes the same day that it was reported that Syracuse and athletic director Daryl Gross are expected to part ways. 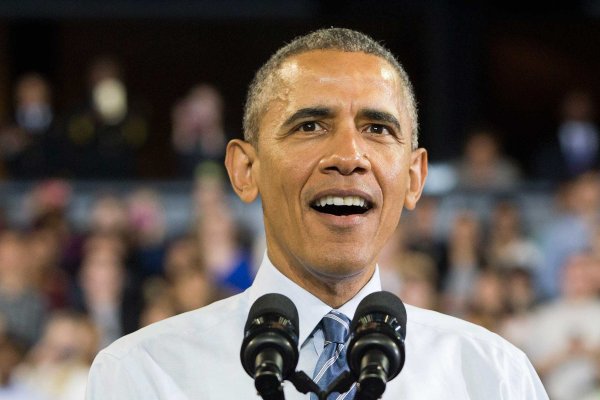 Obama Makes His March Madness Picks
Next Up: Editor's Pick