Pentagon and Its Allies Begin the Budget Death Watch

War is a nasty business. Soldiers and civilians die. It has been ever thus.

Rep. Michael Turner, R-Ohio, pressed Army General Ray Odierno on the declining readiness rates of his 32 brigade combat teams. Only one in three of the 5,000-troop units is ready to go to war today, short of the Army’s two-in-three target.

“That’s absolutely right, Congressman,” Odierno responded. “It means it’ll take us longer to do our mission. It’ll cost us in lives. It’ll cost us in injuries. And it potentially could cost us in achieving the goals that we’re attempting to achieve, as well.”

“So, the translation we need is, we can lose, people will die, and people will be injured?” Turner asked again.

“That is correct, sir,” Odierno confirmed.

It became something of a refrain. “Let me now do my plain speaking,” Air Force Secretary Deborah James added. The capped, congressionally-mandated military budget “is going to place American lives at greater risk, both at home and abroad, if we are forced to live with it.”

It’s a craven way to beg. If the nation doesn’t want soldiers to die, it should shelve its military. The question isn’t will soldiers die, but how many deaths is the nation willing to pay for its national defense?

Every pound of armor not added to a tank, every ounce of ceramic plate not added to body armor, means troops could die. So does every compromise baked into the design of aircraft ejection seats, landing craft used by the Marines, and the hull thickness of Navy warships. Decisions like this are made every day inside the Pentagon bureaucracy.

The job of the military and Congress isn’t to reduce the risk of military deaths to zero. It’s to calibrate the threats and set the death rate at what the nation concludes is an acceptable level.

Some lawmakers at the hearing made clear tradeoffs are required. Rep. Martha McSally, R-Ariz., a former Air Force A-10 pilot, warned that the Air Force’s plan to retire its A-10 ground-attack plane seems shortsighted when, sometimes, “only the A-10 can save lives.” General Mark Welsh, the Air Force chief of staff, conceded that there “are circumstances where you would prefer to have an A-10.” But the cost of a warplane like the A-10 that can only do a single mission is unaffordable. “We have priced ourselves out of that game,” he said.

“So it’s a budget issue,” McSally declared—and an added cost that, in her eyes, troops on the ground might have to pay in blood, yet one the Air Force is willing to pay.

Lawmakers’ efforts to save pet programs and bases can have a similar impact, Rep. Seth Moulton, D-Mass., a former Marine, added. “Sometimes when we’re protecting jobs back here at home, we’re putting lives at risk overseas,” he said. Then the four-tour Iraq vet stated the obvious to the military brass arrayed before the panel: “It’s really your decision to make those tradeoffs.”

The military always says one death is one too many. But the troops know that sending young men and women to train, never mind fight, among heavy, fast-moving equipment, often punctuated by explosions and heat, makes death inevitable. There have been many examples of military hardware found to be unduly dangerous, and fixes were made. Not to eliminate death, but to reduce it.

Military training is dangerous. Just ask the families of the 11 soldiers and Marines who died when their UH-60 Black Hawk helicopter crashed Mar. 10 in Florida amid dense fog. They died not because they weren’t ready, but because the U.S. military had the money to pay for their training.

Hundreds of troops perish, largely unnoticed, in such training accidents every year.

So the Pentagon funds drills, exercises and war games designed to prime the nation for war. Just because some troops will be killed in such training is no reason to curtail it.

The same holds for fitting the nation’s military strategy to what the nation has decided to allocate for defense. Hawks argue that you shouldn’t fit strategy to budgets, but that has always been the reality. The public will fund the Pentagon to the degree it thinks is necessary, but no more.

And that leads to another question, even for the math-challenged among us: the nation, through its messy political process, has decided the Army need to get smaller. That will drive up the readiness rate of the surviving brigade combat teams. If the military had faced reality and adjusted its spending to accommodate the cuts contained in 2011’s Budget Control Act—instead of spending the last four years pretending they were never going to happen—it would be well down that road already.

Neither generals nor lawmakers should use the threat of dead soldiers to bolster their budget arguments. The nation can afford whatever military its leaders decide it requires. Blaming prospective future deaths on budget cuts demeans those now wearing the uniform, as well as those who are dying in peacetime, readying for war.

Those troops are doing their jobs. It’s long past time for Congress and senior military officers to do theirs. 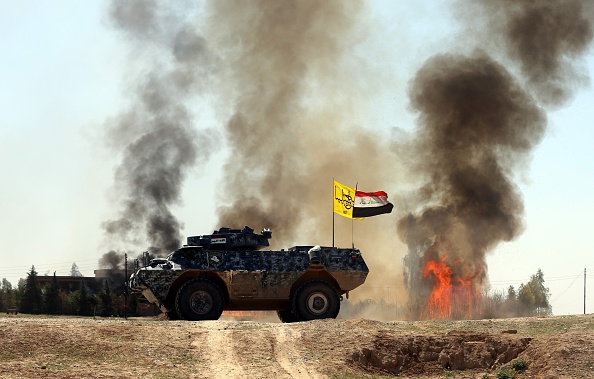