Lawsuit Claims Instacart 'Personal Shoppers' Should Be Classified as Employees

A new lawsuit alleges that Instacart, an on-demand grocery delivery service valued at $2 billion, misclassifies its workers as independent contractors to avoid paying expenses like overtime, reimbursements for gas and workers’ compensation.

The class action complaint, which was filed on Jan. 9th but has not been previously reported, describes Instacart’s business practices as “unethical, oppressive and unscrupulous” and seeks damages for anyone who has worked as a “shopper delivery person” for the company since 2012.

The complaint, which contains allegations similar to those in two ongoing lawsuits also pending in California’s Northern District Court against ride-app companies Uber and Lyft, is the latest potential legal hurdle for the surging on-demand economy.

“Instacart does all it can to distance itself from the employer-employee relationship,” says Bob Arns, whose San Francisco-based Arns Law Firm brought the suit on behalf of workers including Dominic Cobarruviaz, who was injured in an accident while delivering groceries for Instacart. “Why does a company want to do that? It’s to keep the bottom line lower, to unfairly compete against other companies. That’s the crux of our case.”

The suit contends that Instacart, which is two-and-a-half years old and operates in 15 markets around the U.S., has violated labor laws due to the workers’ “misclassification, unpaid workers’ compensation insurance, unpaid tax contributions, unreimbursed expenses, and related misconduct.” The complaint also claims that the company has committed fraud, knowing workers should be classified as employees, and used unfair business practices.

“[There is] this narrative that I think companies like Instacart and Uber and Lyft want to become more mainstream,” says Jonathan Davis, another lawyer for the plaintiffs, “that somehow these antiquated laws don’t apply to these types of work relationships. And frankly it’s ludicrous. Just because a worker is directed and controlled by an algorithm that comes through a phone as opposed to a foreman doesn’t do anything to change the fundamental relationship of employment.”

Instacart has not responded to requests for comment. The case names the company as Maplebear Inc., which does business as Instacart.

Instacart customers order groceries through a smartphone app, choosing items they want from their preferred store. The app then relays grocery orders to workers, who shop for the products and deliver them using their own vehicles in as little as an hour or two. The company takes a cut from a delivery fee and gets an undisclosed amount from retailers that customers buy groceries from through the app.

In late February, the case was assigned to District Judge Edward Chen, who is also hearing the Uber case, which claims that Uber drivers are employees rather than independent contractors and should be reimbursed for expenses like gas, insurance and vehicle maintenance. On March 11, Chen denied Uber’s request for a summary judgment ruling that drivers are independent contractors, saying that a jury would have to decide whether the drivers are employees or “partners,” as the company calls them. In his ruling, the judge said Uber’s claim that it is a “technology company” and not a “transportation company” is “fatally flawed.”

Instacart’s CEO Apoorva Mehta has likewise said that Instacart is a software company, not a grocery delivery company.

Arns believes that the terms the company sets out, which customers must agree to, could pass liability along to the person ordering groceries. If Instacart is “solely a communication platform” for facilitating a connection between the customer and the shopper, he says, damages from an accident or injury like the one Corbarruviaz had could be the responsibility of the customer who started the communication.

The suit rejects the idea that Instacart is simply a middle man, claiming that the company “is in the business of providing online grocery shopping and delivery service.” The suit seeks to define the class as everyone who “performed grocery delivery service” for Instacart from Jan. 1, 2012 to the present. As of June 2014, about 1,000 people were reportedly registered to shop and deliver groceries for the company. Arns estimates that the size of the class could be 10,000.

The growing independent-contractor workforce is a key reason that companies like Instacart and Uber have been able to grow so quickly. In January, Forbes put Instacart at the top of its “America’s Most Promising Companies” list. The cost of organizing independent contractors is much less than hiring employees. The companies who operate this way don’t have to pay unemployment tax or overtime, or ensure that workers are making at least minimum wage. They don’t have to pay for their own fleet of vehicles or costs associated with operating them since the workers use their personal cars. In many cases, they don’t have to pay for the smartphones or data plans workers need to do the jobs.

Arns and Davis say that after the costs of being a worker for Instacart are added up, many of them are not making minimum wage. Unlike drivers on platforms like Uber and Lyft, who can log in to work and log out at any time, personal shoppers for Instacart set their own hours in advance and work in shifts.

“We can’t sacrifice the gains that have been made over time in this country to create good, solid middle-class jobs simply at the altar of expediency and technology,” Davis says. They contend that the lawsuit is beneficial for companies in the sharing economy in the long run, even if it ends up costing them millions. “We want to see Instacart succeed,” says Arns, “and it can succeed by complying with the law.”

Read next: This Is Where Starbucks Will Test Its Delivery Service 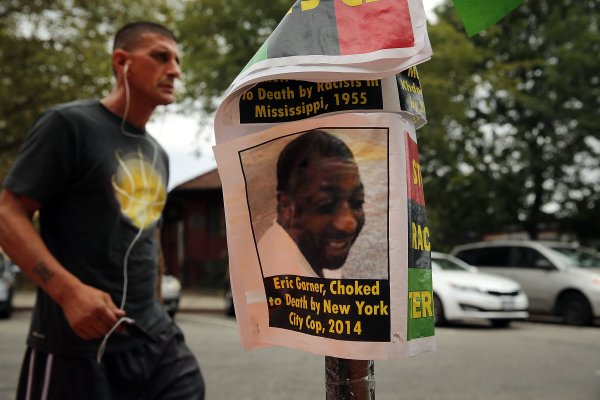 Eric Garner Wikipedia Article Edited From Inside NYPD HQ
Next Up: Editor's Pick