Do the most talked-about March Madness teams on Facebook also play the best? We’ll soon find out.

The social network released its own 2015 NCAA Tournament Bracket (here’s a printable version) on Tuesday that’s based on the Facebook mentions of all 68 schools in the month before Selection Sunday on March 15. If the most popular team on Facebook prevails in the tournament, then two No. 1 seeds—Kentucky and Duke—will face-off in the championship game, with Kentucky taking the title.

Check out Facebook’s complete bracket to see who the Wildcats would’ve defeated on their route to victory:

The company also compiled a list of the top 10 teams that added the most Likes to their official pages between last year’s championship game on April 7, 2014, and this year’s Selection Sunday:

Other 2015 NCAA Tournament brackets have pitted the schools up using other metrics—here’s who wins March Madness in the classroom. 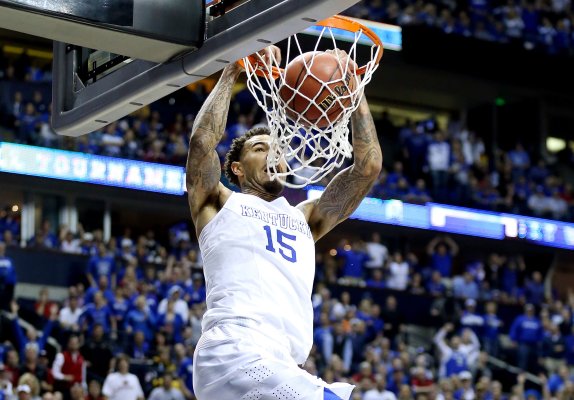 Here's Your Printable 2015 NCAA Tournament Bracket
Next Up: Editor's Pick