An oil skimming operation near the southwest end of Prince William Sound in April 1989 in Valdez, a week after the beginning of an oil disaster which occurred when the tanker Exxon Valdez ran aground on March 24, 1989
Chris Wilkins—AFP/Getty Images
By Jennifer Latson

It was the worst man-made environmental catastrophe in U.S. history — that is, until five years ago, when it was eclipsed by a disaster roughly 20 times its scope. On this day, March 24, in 1989, the Exxon Valdez oil tanker ran aground in Alaska’s Prince William Sound and spewed an estimated 11 million gallons of oil into pristine arctic waters. Only the 2010 drilling-rig blowout in the Gulf of Mexico was worse; then, over the course of 87 days, more than 200 millions of crude oil gushed into the Gulf.

Twenty-six years ago, however, it was hard to picture a more destructive oil spill than the one in Prince William Sound. The oil slick fanned out as far as 500 miles from the tanker’s crash site and oozed along 1,300 mi. of shoreline. Tarred, feathered sandpipers and oil-coated otters featured in devastating nightly news footage. Salmon and eagle populations were decimated. Thousands of seals and a quarter of a million shorebirds died, per TIME. And despite a massive, multi-year cleanup effort that cost Exxon billions of dollars, the region is still suffering.

While the warm waters of the Gulf of Mexico teem with bacteria that have helped break down some of the crude unleashed by the 2010 Deepwater Horizon blowout, the icy waters of Prince William Sound inhibit decay, and oil patches that can be traced back to the Valdez still linger on remote beaches, just below the sand.

“The oil may not leak out in quantities that are immediately visible, but that doesn’t mean it’s not there,” one scientist told TIME in 2009, when random tests along the shoreline revealed that an estimated 20,000 gallons of oil remained. “We thought the cleanup would be a one-shot deal — but it’s still lingering.”

As of the spill’s 25th anniversary last year, only 13 of 32 affected wildlife populations and habitats monitored by the government since the spill were listed as “fully recovered” or “very likely recovered,” according to CNN. Some were listed as “not recovering,” including the herring population, once the source of a booming fishery, and a pod of killer whales that lost 15 of its 22 members after the spill and is expected to die off completely in the coming years.

While the lessons learned in the Alaskan cleanup may have led to a better response to the spill in the Gulf, the most enduring lesson is that maritime oil spills are devastating even with the best possible response.

“Whether it’s Prince William Sound or the Gulf of Mexico, seldom is more than 10 percent of the spilled oil recovered,” Alaskan writer Marybeth Holleman concluded in a CNN opinion piece. “This will be especially true in Arctic waters. And regardless of how safe we make oil drilling, tankers, or pipelines, we’ll never reduce spill risk to zero.” 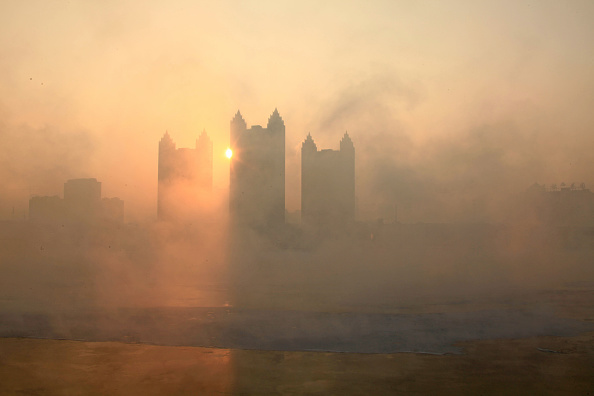 Climate Change Is Causing More Allergies
Next Up: Editor's Pick