Why 'Dr. Death' Wanted to Be Charged with Murder

It was an unusual murder trial, given that the victim’s wife and relatives were the killer’s staunchest defenders. But the support of Thomas Youk’s family was not enough to keep Jack Kevorkian out of prison. On this day, March 26, in 1999, the pathologist and highly public euthanasia proponent, whom TIME had called “Dr. Death” in a 1993 cover story, was convicted of murder for giving Youk a lethal injection to end his suffering from advanced Lou Gehrig’s Disease.

Kevorkian was prepared to go to prison if it meant raising awareness of what he considered to be our nation’s backward, oppressive euthanasia laws. By the time of his trial, he had participated in more than 130 assisted suicides or, as in Youk’s case, mercy killings. For years he had dodged prosecution on the technicality that it wasn’t him who administered the fatal dose — it was always his terminally-ill patients, although he made the job easier for them.

Youk’s case was different. This time it was Kevorkian who injected the deadly drugs — while videotaping himself doing it. Then he gave the tape to the staff of the CBS news show “60 Minutes,” who broadcast it to a national audience.

On the tape, as CNN later reported, Kevorkian goaded prosecutors into coming after him so that the legality of assisted suicide and euthanasia could have a full airing in court — and in the news media. The law was not on his side, of course, and his decision to represent himself on the ensuing murder charges did not help him avoid prison. The jury found him guilty of second-degree murder, with a sentence of 10 to 25 years, rather than first-degree murder, which might have carried a life sentence.

Kevorkian was given early release in 2007, after serving only eight years, in part because he himself was then terminally ill with Hepatitis C. His sacrifice — or his flagrancy, depending on whom you ask — did succeed in bringing assisted suicide into the public spotlight, as he’d hoped. At the time of his death, Oregon, Washington and Montana had come to allow assisted suicide. Since then, Vermont and New Mexico have followed suit.

Part of what made Kevorkian such a prominent public figure was his zany personality, coupled with a dramatic flair that “brought a certain approachability to a grim subject,” as TIME wrote in Kevorkian’s 2011 obituary. He gave his two “suicide machines” names better suited to carnival rides or sinister sci-fi robots: Thanatron (which delivered lethal levels of narcotics) and Mercitron (which used carbon monoxide).

In 1993, a man dying from bone and lung cancer used Kevorkian’s carbon monoxide machine to kill himself. A friend of the deceased told TIME, “I know that when he put that mask on his face he had his finger sticking up in the air to say screw you all for the laws that made me suffer like this.”

It was, as TIME concluded then, “a gesture familiar to Dr. Kevorkian, who has made defiance of the law a passion second only to suicide.” 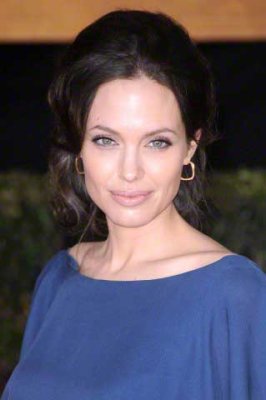 Angelina Jolie's Cancer Prevention Shouldn't Be a Model for All Women
Next Up: Editor's Pick