What Experts Got Wrong About Viagra

It was the miracle drug to beat all miracle drugs; an instant bestseller that topped the sales figures of Big Pharma’s other greatest hits: Prozac and Rogaine. After the FDA approved Viagra on this day, March 27, in 1998, sales of the drug rose quickly — pumped by an early rush that yielded at least 10,000 scripts a day, per a TIME cover story about the drug — and had staying power, as evidenced by Pfizer’s annual profit of about $1.8 billion as of 2013 and the fact that our email inboxes are still routinely barraged with spam offers for the drug.

It was a magic bullet for many men, but one that TIME initially feared would herald “the end of sex as we know it.”

“Could there be a product more tailored to the easy-solution-loving, sexually insecure American psyche than this one?” Bruce Handy wondered in the 1998 piece.

There were many who saw chemically-induced erection as a slippery slope to a Sleeper-style orgasmatron.

“People always want a quick fix,” one psychiatrist complained to TIME. “They think Viagra is magic, just like they thought the G spot worked like a garage-door opener.”

Seventeen years later, sex as we know it hasn’t ended — it’s still happening in more or less the usual ways, whether or not Viagra is a part of it. But what was a godsend for men hasn’t opened any doors for women with sexual dysfunction. That’s not for lack of trying: A drug hailed as “the female Viagra” has undergone extensive clinical trials and been submitted to the FDA three times so far, most recently last month, but has never been approved, as Cosmopolitan reports.

The two drugs operate differently, as one might expect: while Viagra stimulates blood flow to the genitals, it doesn’t act on the brain. The proposed drug for women, flibanserin, instead works on neurotransmitters to increase sexual desire.

The fact that there are now several drugs on the market for men’s sexual troubles and none for women constitutes sexism, some have argued, especially since an estimated 16 million women over the age of 50 suffer from some form of sexual dysfunction. A new campaign called “Even the Score” focuses on just this disparity, calling on the FDA to make “safe & effective treatments for low [female] desire” a priority.

In the meantime, a North Carolina doctor has patented a spinal implant that can produce orgasms at the push of a button, although he’s had trouble securing the funding to perfect the device. He calls it the Orgasmatron.

Read the 1998 cover story, here in the TIME Vault: The Potency Pill 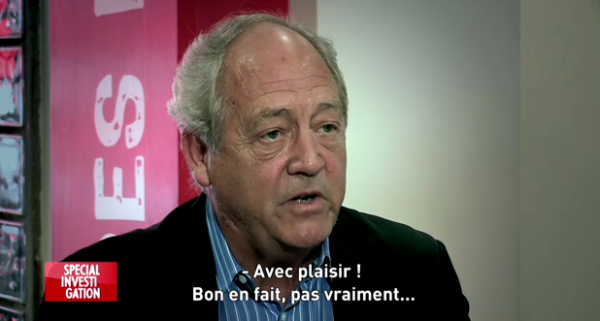 GMO Advocate Claims Weed Killer Is Safe to Drink
Next Up: Editor's Pick