Listen to the Most American Playlist Ever

If the Smithsonian is America’s attic, the National Recording Registry is the dusty box of records that America’s parents left up there.

Every year since 2002, the Library of Congress has chosen an eclectic mix of historically significant recordings in a wide range of genres to preserve. This year’s list, announced Wednesday, is no different.

MORE When Joan Baez Made the Cover of TIME

With choices ranging from New Orleans jazz to gospel and country, there’s a little bit of something for everyone on the list. And that’s kind of the point.

Like any government project in a democracy, the National Recording Registry aims to please a broad range of interest groups and avoid controversy.

The best way to approach the list is not to think about the selections, but about the intended audience for each one. Here’s a breakdown of some of the major targets:

The Classic Rock Fan: Rock music still has a broad demographic reach, and nostalgia-prone Baby Boomers and Generation X’ers are sure to read a story about a classic rock band being preserved by the Library of Congress. These picks are so ubiquitous they hardly cry out to be urgent candidates for preservation, but they’re good for publicity. Past examples: Jimi Hendrix’s Are You Experienced, Bruce Springsteen’s Born to Run and Nirvana’s Nevermind.

The Rock Critic: To quiet complaints from rock snobs about the previous selection, the list also typically includes a counterpoint that is beloved by music critics but not as radio-friendly. Past examples: Captain Beefheart’s Trout Mask Replica, Patti Smith’s Horses and Jeff Buckley’s cover of Leonard Cohen’s “Hallelujah” (double points for that one).

The Senior Citizen: The list-makers approach the world of pop music warily. Unlike rock ‘n’ roll, pop only qualifies for preservation if your grandmother listened to it. Songs that capture the zeitgeist of a bygone historical era are also favored. Past examples: “You’re a Grand Old Flag,” “Over There,” “When You Wish Upon a Star” and “Brother, Can You Spare a Dime?”

The Opry Fan: Country music is treated the same way as pop. If Johnny Cash would have listened to it, it’s OK. But modern country is out. One of the few contemporary country picks, Willie Nelson’s Red Headed Stranger, was a complete rejection of the slick Nashville sound. Past examples: “Wildwood Flower,” by the Carter Family, “Blue Moon of Kentucky” by Bill Monroe and “Lovesick Blues” by Hank Williams.

The Jazz Aficionado: The list-makers approach jazz music as reverently as a Ken Burns documentary, ticking off another part of the generally agreed upon canon or adding a key early influence each year. Past examples: Louis Armstrong’s Hot Five and Hot Seven recordings, Count Basie’s “One O’Clock Jump,” Charlie Parker’s “Ko Ko” and Miles Davis’ Kind of Blue.

MORE: Photographs of the 25 Selections This Year

The Vinyl Collector: Another selection will be familiar only to people who are into what rock critic Greil Marcus once called “the old, weird America.” Think of this as hitting shuffle on Bob Dylan’s mental iPod. Past examples: “Honolulu Cake Walk,” a ragtime song played on banjo; “Allons a Lafayette,” the first commercial Cajun music recording; and “Fon der Choope,” one of the first klezmer recordings.

The Politician: The registry wouldn’t exist if it weren’t for Congress, so politicians get their due as well. That can be anything from speeches to historic news coverage carefully curated to include bipartisan heroes. Past examples: Lyndon Johnson’s White House recordings, Ronald Reagan’s mid-1970s radio broadcasts and Republican training organization GOPAC’s instructional tapes.

And that’s not all. Each year’s list also typically includes a historical recording from the early days of recorded music, gospel music, a traditional blues song, a comedy album, an old radio play and a Broadway musical. Less frequently, it may also include world music, disco, reggae, classical music, folk revival, spoken word, poetry, a movie soundtrack, an oral history or a historic interview.

Regardless of the number of selections — currently at 425 overall — the list will always feel incomplete. But, the beauty is, there’s always next year. 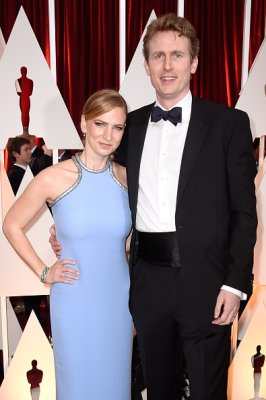 What It's Like to Get Nominated for an Oscar
Next Up: Editor's Pick