Review: On Netflix's Bloodline, a Family That Preys Together

Chandler and Mendelsohn in Bloodline.
Saeed Adyani/Netflix
By James Poniewozik

In TV, your crime dramas and your family dramas tend to be two separate genres. (The Sopranos was arguably an exception, but there crime was the family business.) It’s a strange division, given how many victims know the perpetrators, how many crimes bubble up from family rivalries and resentments. Blood may be thicker than water, but it spills just as easy.

Netflix’s Bloodline (first season premieres March 20) is a drama of crime and kin, on an intimate scale. It begins with a family reunion party, and it will all end badly, as the show’s “We did a bad thing” promos have made clear. But first it must bring together the Rayburn clan, whose patriarch and matriarch Robert and Sally (Sam Shepard and Sissy Spacek), run an inn in the Florida Keys. Three of their adult kids live nearby: John (Kyle Chandler), Kevin (Norbert Leo Butz) and Meg (Linda Cardellini). And then there’s Danny (Ben Mendelsohn), the prodigal eldest who has a bad history with drinking and with the law, riding into town on a cheap bus ticket.

There’s trouble here in Margaritaville; the rim of its glass is salted with tears. Danny’s return dredges up a lifetime of resentments and recriminations–which makes it that much more surprising when he announces that, this time, he wants to stay and work at the inn. Sally is delighted; Robert is dubious; and the three non-prodigals are uneasy about his motives. What Danny wants (money? redemption? love? revenge?), as well as the history those suspicions stem from, come slowly into focus in this grim, family-style thriller.

Bloodline comes from the producers of Damages, Todd and Glenn Kessler and Daniel Zelman. In structure and brooding style, it plays like a humid island cousin to that icy New York thriller: it’s like Damages Vice. (The show does use the sea, sand and swamp to gorgeous visual effect.) Like its forebear, it keeps flashing forward to violent events, then doubling back to a present-day story that keeps twisting on itself. (In this, and in its doting on simmering family resentments in a resort paradise, it’s also a little like The Affair without the affair.)

Bloodline is less about what happens or whodunit, so much as what drove them to it and who, if anyone, is the villain. Maybe everyone is, a little bit. As with Damages, there’s a gimlet-eyed skepticism of human nature here, which makes it tough to connect with any of the Rayburns, at least early on. (Netflix gave critics the first three episodes.) Its gaze is steady and cold; this may be Florida, but someone has cranked up the AC.

The biggest weakness of Bloodline is that the characters are types, straight down the line: the hardass dad, the soft-hearted mom, the peacemaker, the black sheep. And the scripts don’t do much to round them out. Where many premiere episodes suffer “pilotitis,” struggling to cram exposition into an hour, this one so repeatedly hammers home the same character traits and dynamics that it feels like it could have been edited to 30 minutes. Miss the first time someone said John feels compelled to take care of everyone? Dad repeats it while giving a toast. Didn’t notice that the explosive Kevin is a hothead? Chandler’s voiceover kicks off episode 2, “My brother Kevin is the hothead of the family.”

They’re well-played types at least. Mendelsohn is revelatory as Danny, a leathered piece of flotsam who plays as half criminal menace, half dejected boy. He keeps us off-balance exactly the way Bloodline wants to, unsure of who is more sinner and more sinned against. And he has a strong foil in Chandler (Friday Night Lights), who ably de-Coach-Taylor-izes himself, suggesting that John’s years as the family’s dutiful golden boy have hardened something in him.

The rest of the family, and a slew of local friends and bad seeds, take longer to come into focus–we don’t yet have much of a bead on Meg, for instance. But the cast does communicate a sense of history, that as long in the tooth as the Rayburns are getting, they’re still a mom and dad and kids, every decades-old hurt stinging fresh.

I give Bloodline credit for trying something different—a simmering family noir rather than an over-the-top soap—and I expect it will especially appeal to fans of the Kesslers’ and Zelman’s work on Damages. But if the Rayburns don’t evolve from the simple types they seem to be when we first visit the inn, I may check out early. 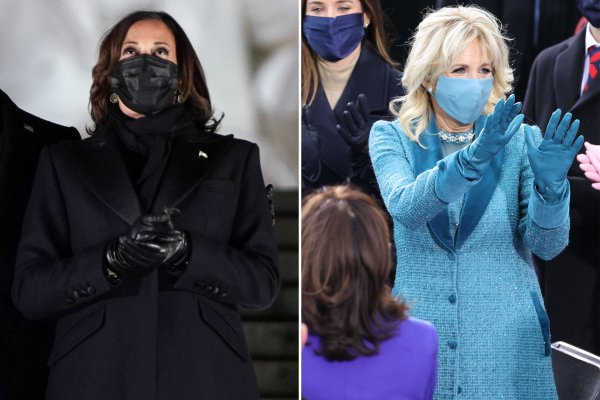 What the Inauguration Fashion Meant to Its Creators
Next Up: Editor's Pick