Illinois Congressman to Resign After Reports of Extravagant Spending

Illinois Congressman Aaron Schock, once heralded as a rising Republican star, resigned Tuesday after reports of wild spending on everything from a Buenos Aires duty-free shopping spree to redecorating his Capitol Hill office in trappings representative of Downton Abbey.

Multiple reports founds that Schock had failed to disclose trips abroad and that he spent lavishly on both his employees — taking his interns to a Katy Perry concert and staffers to a weekend in New York — and himself, hiring a photographer to document the travels of “the Ripped Representative,” as Men’s Health magazine once called him.

“The constant questions over the last six weeks have proven a great distraction that has made it too difficult for me to serve the people of the 18th District with the high standards that they deserve and which I have set for myself,” he said in a statement.

The controversy started after a Washington Post report on his extravagant office decorations, which led Schock to say he would personally pay the interior designer tens of thousands of dollars.

But it quickly grew more serious amid numerous reports delving into his home and auto payments. The Associated Press reported Tuesday that political donors “built, sold and financed” a Schock-owned home in Illinois. A Chicago Sun Times investigation also found that Schock had purchased a nearly $74,000 Chevy Tahoe with campaign funds and then put the vehicle in his name and charged taxpayers for over $1,200 of mileage reimbursements.

And he billed the federal government and his campaign for roughly 170,000 miles for his previous car, according to Politico. The Office of Congressional Ethics had begun to reach out to Schock’s political affiliates, according to Politico, which asked the Congressman last week if he had broken any ethics rules or federal laws.

“I certainly hope not,” he replied. “I’m not an attorney.”

Schock’s fall from power will hit the GOP’s purse strings. Schock gave the House Republicans campaign arm over a million dollars last cycle while his GOP Generation Y Fund racked up hundreds of thousands of dollars. 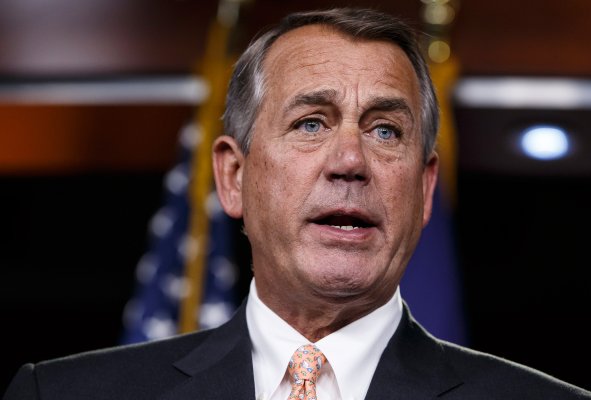 Fiscal Conservatives, Defense Hawks Square Off On Spending
Next Up: Editor's Pick