The rumor mill is once again churning over an Apple television service.

This time, the Wall Street Journal claims Apple is on the verge of rolling out a TV streaming service that could be announced as soon as June. But exact details about the company’s offerings are few and far between.

In the past, Apple TV rumors have ranged far and wide, from an Apple-manufactured television set to a partnership between the tech giant and Comcast. But the arrival of several Internet-based television streaming services on the market in early 2015 paints a clearer picture of the opportunities and constraints Apple will be working with as it enters a quickly growing market.

Content is king, as they say, and there is no content more important than the world’s most popular sports network. ESPN’s stranglehold on the pay-TV ecosystem is well-documented — and it’s only growing stronger as live events become a lone bright spot in a world of continually declining television ratings.

The Disney-owned channel nets a massive $6 per subscriber from cable operators, yet never gets into the public negotiation spats that can consume other networks. It’s long been considered a given that any pay-TV bundle has to include ESPN, though Sony is planning to launch its own online TV-service without the network. Whether that strategy will work out remains to be seen, but common wisdom suggests any service that wants true mass adoption absolutely must include ESPN.

That price is still a lot more than services like Netflix, Hulu and Amazon Prime Instant Video, which cost less than $10 per month. Dish Network’s competing cable replacement Sling TV, meanwhile, costs $20 per month for a bundle of about a dozen live channels that includes ESPN and AMC. If Apple wants to compete in this area, it will probably have to tap into its massive cash hoard and offer television fans a deal that’s simply too good to refuse.

The easiest leg up Apple and other tech companies will immediately have over traditional cable operators will likely come through their user interfaces. There’s no doubt Apple’s solution will be elegant and intuitive in a way that traditional cable is not–juding by the efforts of Sony and Dish Network, it will probably place an emphasis on helping people find specific programming based on genre or show name rather than forcing users to scroll through dozens of channel schedules.

The lack of installation fees (no more waiting all afternoon for the cable guy!) will also be a plus. Expect tight integration with Apple’s iOS devices as well, letting users watch shows on the go (though certain content, like NFL broadcasts, is already tied up in mobile-specific deals).

DVR has long been an added luxury that cable subscribers can opt to splurge on — but tech entrants into pay-TV are now making it standard. Sony’s PlayStation Vue has a cloud-based DVR that automatically records three days of most of the service’s content. It also allows users to save individual shows for as long as 28 days.

This feature makes sense for young subscribers who have eschewed appointment viewing in favor of binging on TV shows when they get a chance to catch up. Apple needs a feature like this to let users continue the behavior they’ve grown accustomed to using services like Netflix.

Integration With Other Video Services

Even as several online TV streaming services are touting their ability to merge content from many channels into a more elegant interface, they often still remain siloed off from one other. Some set-top boxes, like Amazon’s Fire TV, have made some effort at integration by including content from Hulu and Crackle in search results along with Amazon Video content. But a service that allowed the user to seamlessly choose between content from live TV, traditional video-on-demand, and popular platforms such as Netflix would truly be something special. At the very least, Apple’s service should make it easy to switch between live-TV content and shows or movies bought on iTunes.

Read next: Here’s Everything That’s Wrong With Cable and Satellite TV Bills 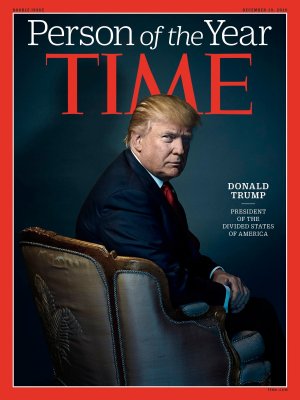 37 TIME Magazine Covers That Appeared to Give People Horns
Next Up: Editor's Pick