Hoping to Meet E.T.? Be Careful What You Wish

Let’s be honest: if we ever encounter an extraterrestrial, we’ll probably lose our marbles—and not in a good way. We’ve been contemplating the meeting for a long time, and the stories we’ve told ourselves have not been encouraging.

There is H.G. Wells’s War of the Worlds, in which invading Martians lay waste to much of the Earth until they are defeated by a terrestrial virus. There is Independence Day, the 1996 movie in which invading aliens—who clearly haven’t been paying attention—lay waste to much of Earth until they are defeated by a computer virus. There is the celebrated episode of The Twilight Zone that involved seemingly kindly aliens who arrive on Earth carrying a handbook called To Serve Man, which is a perfectly nice beginning—until it turns out the handbook is a cookbook.

In fairness to us, we do seem to have moved a bit beyond our afraid-of-the-dark ways. We sent the Voyager 1 and 2 spacecraft aloft in 1977 carrying golden disks encoded with information explicitly designed to introduce ourselves to aliens and even tell them where we live. The one time we thought we had uncovered solid evidence of extraterrestrial biology—in 1996, when NASA announced that a meteorite from Mars appeared to contain a microbial fossil—the reaction was far more celebratory than scared.

“If this discovery is confirmed,” then-President Clinton said at a Rose Garden press conference, “it will surely be one of the most stunning insights into our universe that science has ever uncovered . . . We will continue to listen closely to what it has to say as we continue the search for answers and for knowledge…”

Still, a trace of a dead microbe is hardly the same as hitting cosmic paydirt. Suppose one of our spacecraft or radio antennas did pick up signs of extraterrestrial intelligence. Suppose, more dramatically, E.T. actually landed here. How would we behave then? The odds are, alas, that what happened next wouldn’t be pretty.

Human beings, for better and often much worse, are a tribal species. Give us a way to define and divide ourselves—by color, language, religion, geography, and certainly by planet if it ever comes to that—and we seize on it. Such a worldview once paid survival dividends, and in some ways it still does. Members of your family or clan or community are the ones most likely to protect you and look out for you. Those guys living two valleys away are likelier to see you as a competitor for resources and mates, and given a chance will deal with you accordingly.

School segregators, ethnic cleansers and people who blow up houses of worship don’t think in those terms consciously, but the primitive impulse is at least part of what’s behind the us-versus-them atrocities they commit.

Sometimes the savagery is us-versus-us. The early days of the Cold War are remembered as an entirely bipolar era, with the U.S. and the Soviet Union standing astride competing halves of the world. But once the intercontinental ballistic missiles got armed and aimed, things began to break down within the friendly camps too (at least in the U.S.). No backyard fallout shelter was complete without a shotgun, the better to repel neighbors who couldn’t be bothered to dig their own when they had the chance but, when the bombs started falling, wanted to huddle up in yours.

Similarly, one of the least plausible—if most inspiring—scenes in Independence Day occurs when citizens of the world join hands to repel the aliens and the screen is filled with images of Israeli and Arab militaries, side by side, working together, the dire circumstances turning enemies into brothers. But the fact is, it’s hard to imagine even the nominally confederated nations of the European Union pulling together that way without France crabbing to Belgium that Italy needs to pull its own weight, Germany scolding Greece that a military costs money and they should have thought about that before they ran up such huge deficits, and Great Britain trying to figure out if ETs can swim and if maybe, one more time, the Sceptered Isle could wait out the whole mess on the other side of the Channel.

We don’t need an alien landing to show us how we respond to a perceived external threat. Consider the hysterical reaction to the Ebola virus alighting on American shores (ground all flights! quarantine all travelers!). Consider the incessant drumbeat about the need to seal the U.S.-Mexican border against swine flu or ISIS or Al Qaeda or whatever other menace is lighting up cable news that day.

Harder to determine is how proof of extraterrestrial life would affect our religious beliefs. The last half-millennium has been a difficult time for some of the most fundamentally devout. Far from living on a world that sits at the center of the universe, we have come to learn that we’re barely in the cosmic countryside, camping out on a lone planet circling one of 300 billion stars in the Milky Way, which itself is one of perhaps 100 billion galaxies in the universe. Our final claim to uniqueness is that for the moment, we remain the only known planet with life. If that changes—when that changes—we’ll all have to find our own ways to adjust. And on that score, there is hope.

At the Vatican, Jesuit brother Guy Consolmagno, known popularly as the Pope’s astronomer, is promoting a new kind of faith that happily embraces science. The 2014 book he co-authored with a fellow Jesuit is provocatively titled Would You Baptize an Extraterrestrial? His answer is straightforward: “Only if she asks.” The response is whimsical and wonderful. And it suggests a profound change.

The human species has undeniably made progress over time, from the primordial soup to the state of nature to a global community that can, on its good days, feed its kids and heal its sick and make great discoveries without killing too many of its own. Yet we have a long way to go. It will be a very good thing when we at last shake hands with an extraterrestrial. But it may be a better thing still that the big day remains at least a few years away. 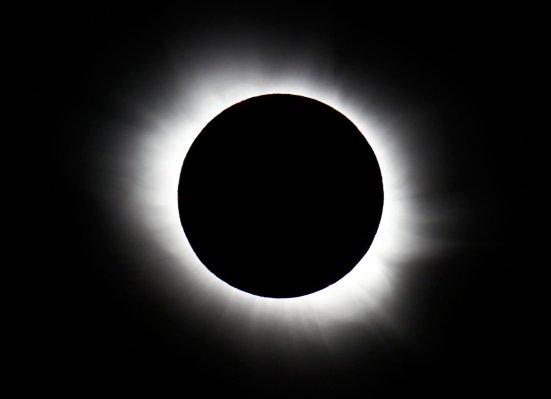