Workplace Suicide Is a Small But Growing Issue: Study

People with protective services job, like police and firemen, are at more than three times great a risk of workplace suicide than people in the general population, according to a new study in the American Journal of Preventive Medicine. Workplace suicide represents a small fraction of the total number of U.S. suicide deaths—more than 40,000 Americans died of suicide in the U.S. in 2013, on par with traffic accidents deaths. Still, the rate of work place suicide is rising across the board, the study found.

“Occupation can largely define a person’s identity, and psychological risk factors for suicide, such as depression and stress, can be affected by the workplace,” said Hope M. Tiesman, an epidemiologist at the National Institute for Occupational Safety and Health, in a statement. The paper, which evaluated 2003-2010 data from a occupational injury database, found that more than 1,700 people died while on the job during the eight-year period. The study did not include data from active military personnel.

Access to the means to commit suicide at work was among the most important factors that explain the disparate suicide risk, researchers said. Firearms were involved in 84% of workplace suicides of protective service workers. Firearms are used in about half of overall suicides. Frequent exposure to high-stress situations may also contribute to the high rate of workplace suicide for these particular professions, researchers said.

Read More: This Bill Could Help Reduce the Risk of Veteran Suicide

The results suggest that policymakers should pay closer attention to addressing mental health issues in the workplace, researchers said. “Suicide is a multifactorial outcome and therefore multiple opportunities to intervene in an individual’s life—including the workplace—should be considered,” said Tiesman. 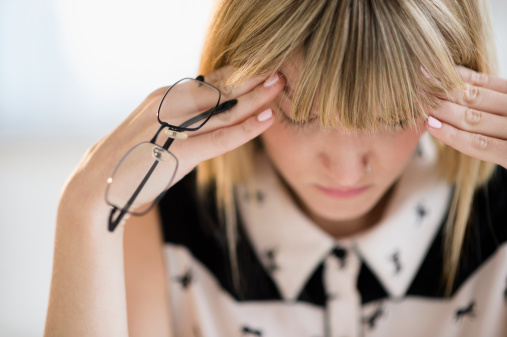 17 Surprising Reasons You're Stressed Out
Next Up: Editor's Pick