Spanish scientists have discovered what they believe to be the remains of Miguel de Cervantes in Madrid, almost 400 years after the Don Quixote author’s death.

His bones were found with his wife’s and others in a crypt in the Convent of the Barefoot Trinitarians, the BBC reports. Forensic scientists have yet to conduct DNA tests, and they say separating what is believed to be Cervantes from the others will be difficult. But based on extensive historical evidence, researchers say they can conclusively identify the tomb as his.

The prolific novelist and poet died in 1616 after completing the famous epic Don Quixote, considered by many scholars to be the first European novel. His remains went missing in 1673 after the convent where he was buried underwent construction. After it was rebuilt, he was moved back into the new building’s crypt along with the other individuals forensic scientists found, and his exact resting place was lost for centuries.

The team of 30 researchers are part of a project launched in 2011 to locate his burial place. They used infrared cameras, radar and 3D scanners to determine his location in the crypt.

Investigator Luis Avial said in a news conference that Cervantes would be reburied “with full honors” once a new tomb is built. 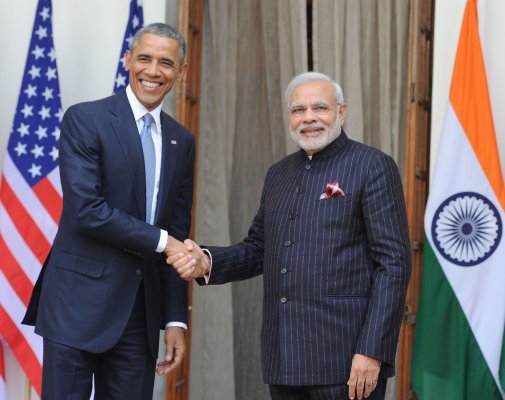 India's Modi Calls His Fashion Sense a Gift from God
Next Up: Editor's Pick