REVIEW: Kendrick Lamar's To Pimp a Butterfly Is an Angst-Filled Anthem for Blackness

Kendrick Lamar’s rapid ascent to a place near hip-hop’s creative and commercial peak can be traced to his command of three key skills:

1. On a purely technical level, he’s one of the most exciting rappers of his generation, possessed of both impressive agility and the capacity for tremendous force. When he’s on the mic, beats are less constraints than canvases — he doodles on and around them with abandon.

2. He’s fearless, a quality that frequently manifests itself in the sound and effect of his voice: it cracks and spits, carries feeble melodies, bears the weight of rich stories.

3. As a narrative sculptor, he’s fearsome, stitching together fully realized characters, lived-in locations and generational angst into snapshots of life for the young, black and questioning.

All three are in full effect on Lamar’s third studio album, To Pimp a Butterfly, which had been scheduled for release on March 23, but dropped early, the night of March 15. While the album’s extreme density warrants plenty of digestion time, it’s apparent from the first few listens that it’s worthy of the same sort of praise won by its predecessor, 2012’s good kid, m.A.A.d city.

GKMC was so thick and compelling it earned the subtitle “A Short Film by Kendrick Lamar.” A crackling, tense journey from the streets of his beloved Compton, Calif., to a throne somewhere high above the city — part thriller, part romance, part introspective diary entry — it managed to balance oodles of exposition and plot work with radio-friendly singles and jazzy, intricate composition.

Sonically, Lamar veers in a more contemplative direction. Butterfly boasts a warm, murky stew pulled from the last several decades of compassionate, inventive black music: the 1970s soul and funk of Stevie Wonder and George Clinton’s Funkadelic; the descendant G-funk of mentor Dr. Dre and Snoop Dogg; the weird and technically audacious work of the Soulquarians at the turn of the millennium. The instrumentation is live and hyperkinetic, thanks to contributors such as bass virtuoso Thundercat and a crew of other crack session musicians. The focus is on atmosphere rather than hooks or lead melodies.

Lyrically, Butterfly is another plot-centric, thematically complex release. Surprisingly, it parallels the last few releases from Lamar’s rival and sometime nemesis Drake: both artists have been transformed by sudden fame, and their music reflects the trials and joys of their upward trajectory. But while Drake has emerged from superstardom calcified, Lamar questions whether he should leverage his celebrity to become a standard bearer for blackness. The inquiry comes to define the album: How can you fight for love on behalf of your people when you can barely find a reason to love yourself?

The answer doesn’t come easy, and Lamar struggles to uncover it even as he rails against the demons and constraints that make his journey more difficult. He takes them on with characteristic ferocity and incisiveness: alcohol, depression, systemic racism, police brutality. The album climaxes with an imagined conversation with the late legend Tupac Shakur — his responses sampled from a 1994 interview Shakur gave to a Swedish radio host — in which Lamar grapples with the weight of black leadership and galvanization, a responsibility he claims to inherit from a range of black luminaries, from Nelson Mandela to Michael Jackson. It’s certainly a bold gambit, but it’s also a good example of his blinding, mighty ambition. Lamar wants nothing less than greatness, and To Pimp a Butterfly is yet another step forward on that path. 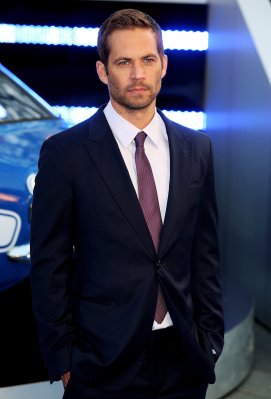