The Dark Horse Who Could Upset the First Southern Primary

Dr. Edward Floyd, a prestigious South Carolina vascular surgeon, goes way back with the most powerful family in Republican politics.

Both Bush Presidents and former First Lady Laura Bush have stopped by his South Carolina home during various campaigns over the past two decades. Former President George W. Bush appointed him as a delegate to the U.N. General Assembly. And as a member of the South Carolina University board of trustees, Floyd lobbied to get former Florida governor Jeb Bush an honorary degree at the school in December.

But Floyd says he just can’t endorse Jeb Bush in his coming presidential run. That’s because Floyd is committed to his home-state’s favorite son, Senator Lindsey Graham, whose White House ambitions, while seemingly quixotic, may upend the race in the nation’s third primary state. “It’s a little personal with me,” Floyd told TIME, explaining his reasons. More than a decade ago, Graham helped arrange what few other politicians could: visas to Russia for his daughter and son-in-law, who wanted to adopt a child from a St. Petersburg orphanage.

Such stories are not hard to find in South Carolina these days, where Graham’s deep ties to the state party still hold enormous sway. As Jeb Bush and Wisconsin Governor Scott Walker visit the “first in the South” primary state this week, they will encounter many faces like Floyd’s: friendly, but not up for grabs. “Senator Graham has frozen people who otherwise might be inclined to support Bush,” said one top South Carolina GOP operative. “They’re not making direct asks for money … they’re here saying, ‘Hey, we want to be your second choice after Senator Graham.’”

“They’re friend-raising and not fundraising,” the operative added.

Graham, a foreign policy hawk, is unlikely to clear the Palmetto State’s field like Senator Tom Harkin’s Iowa campaign for President did in 1992. But fresh off a 2014 re-election that he won by a 15.5 percentage-point margin, Graham has become one of 2016’s biggest wild cards — a dark-horse candidate whose decisions will determine not just his own fate, but also potentially the outcome of the GOP race.

In Iowa earlier this month, Graham stole the spotlight with witty rejoinders on the need for immigration and entitlement reforms and zingers sending up the Obama Administration’s foreign policy. From there he flew to New Hampshire, where Graham hopes to rekindle the “straight talk” that turned the Granite State into his friend John McCain’s political Avalon. He’s buoyed by the likes of billionaire GOP megadonor Sheldon Adelson for his opposition to online gaming and strong support for Israel and drew a half-dozen GOP Senators to a fundraiser for his PAC tied to Israeli Prime Minister Benjamin Netanyahu’s address to Congress.

Though few nationally or in his home state believe Graham will truly stick it out, he’s poised to play kingmaker or spoiler, and maybe assassin.

Graham’s candidacy could have the biggest impact on Senator Rand Paul’s presidential run — a vehicle for the South Carolinian to attempt to torpedo the more isolationist lawmaker’s ambitions. He’s also sparred with Senator Ted Cruz, another hopeful with whom he rarely sees eye to eye and whose tactics he’s condemned. Critics call him a stalking horse for the establishment, picking a fight with the party’s extreme to provide a favored candidate — like Bush — with political cover.

Graham’s strong advocacy of comprehensive immigration reform makes Bush a likely beneficiary of his support, but many candidates are seeking to remain on Graham’s good side. (Rand and Cruz are some of the few 2016-ers to have even announced hires in South Carolina, bringing on veteran strategist Chris LaCivita and former GOP Spartanburg county chairwoman LaDonna Ryggs, respectively, to advise campaigns in Graham’s home state.)

In New Hampshire last week, Texas Governor Rick Perry called Graham “my buddy.” “I am a big Lindsey Graham fan,” he was caught saying on an open microphone, adding he seeks out Graham’s counsel on foreign policy. “I think he is one of the most knowledgeable people that we have on foreign policy, and we need to listen to him. He is a very, very bright U.S. Senator. He’s carved out his niche, and it is foreign policy.”

Graham’s cache of supporters are loyal, but they’re hardly a majority in his home state. The South Carolina Republican Party put him on its online presidential straw poll — featuring uninterested politicians such as Representative Paul Ryan and Senator Tim Scott — only last week. And 60.2% of South Carolinians and more than 55% of Republican-leaning voters don’t think he should run for President.

“I wouldn’t say there is a predisposition to automatically supporting Lindsey Graham for President,” said Charleston-based GOP consultant Jim Dyke. “I think that every election is different and people judge you by the job that you’re running for.”

If the 34% of GOP leaners supportive of Graham running break his way, it’s a surefire victory in a jam-packed field. But even a 5% draw — an easy feat — could be determinative.

“It’s hard enough to see Jeb Bush winning South Carolina, and with Graham in the race it’s just about impossible,” said another veteran national strategist. “And he pulls the business and military votes that Walker might need to hold off a Ted Cruz or Rand Paul.”

The social conservative state’s electorate is notoriously fickle. In 2000, then Texas governor George W. Bush won the state after a nasty primary fight with McCain. But in 2008, McCain eked out a victory over Iowa victor former Arkansas governor Mike Huckabee with Graham’s assistance. In 2012 they rallied just days before the primary to Newt Gingrich’s defense on the heels of salacious reporting about the collapse of his second marriage, which he turned into a high-profile critique of the “gotcha” press.

The divided loyalties between Jeb Bush and Graham even extend to the ranks of Graham’s own campaign. His exploratory committee, Security Through Strength, is run by David Wilkins, a U.S. ambassador to Canada under President George W. Bush. Wilkins, who chaired Bush 43’s 2000 and 2004 South Carolina campaigns, says he would support Jeb if it weren’t for Graham, a friend for over 23 years, dating back to when they served in the South Carolina House of Representatives in the early 1990s.

“I don’t know of anyone that’s better versed in foreign policy and really knows more about it than Lindsey Graham,” adds Wilkins. “He knows the world leaders, he’s traveled the world, he’s been to the hot spots. He’s just immersed himself in that issue. I don’t know anyone more knowledgeable than him.”

It’s those kinds of personal testimonials that could shake up the South Carolina primary, and by extension the rest of the Republican primary calendar in 2016. 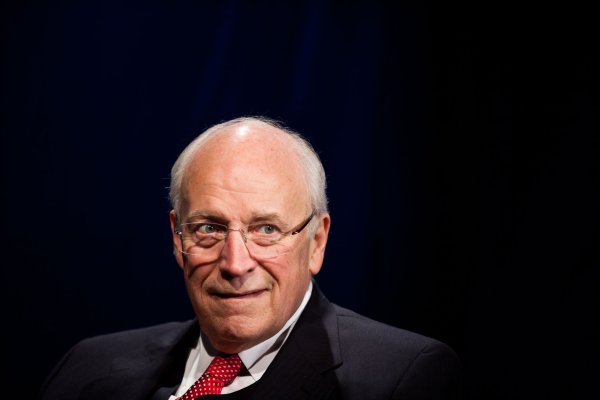 Obama Is 'Playing the Race Card,' Says Dick Cheney
Next Up: Editor's Pick