When Elvis Got Drafted, So Did His Hair

Elvis Presley receiving a haircut from a US Army barber at Fort Chaffee, Ark., in 1958
Hulton Archive / Getty Images
By Lily Rothman

When Elvis Presley reported to be inducted into the Army on this day, March 24, in 1958, his legions of fans weren’t exactly taken by surprise. It had been early 1957 when TIME reported that he was likely to go:

About a month after Presley was declared draft-eligible, lawmakers like New Jersey Senator Clifford Case were investigating, on their constituents’ behalves, whether the singer could get an exemption to buzz-cut regulations that would allow him to keep his sideburns and pompadour. Though the Army did not make an official statement on the matter, officials did declare that he would not receive any special treatment.

The singer was originally ordered to report for a draft-board physical on Jan. 20, 1958, but he ended up getting a “hardship deferment” in order to finish making a movie. (The hardship was the studio’s, which had already invested hundreds of thousands of dollars in the picture, not his own.) He finally reported to the Army in March — but, by then, the hair question had already been at least partially resolved.

As TIME reported late that February, he “jumped the clippers by getting a ‘normal’ haircut that shortened his sideburns a good inch, left him still looking much too dreamy for the Army.”

And that was that. When Sergeant Presley’s two years of service ended, he announced that, though he would return to rock ‘n’ roll, his sideburns were gone for good. 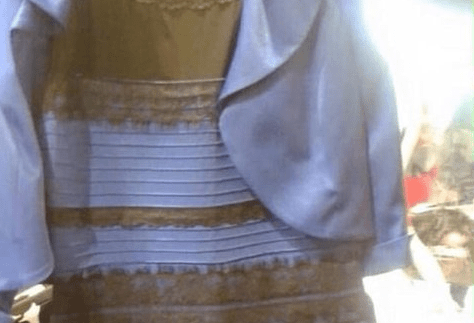 Here's Proof That #TheDress is Black and Blue
Next Up: Editor's Pick