“What did I do? I killed them all, of course,” murder suspect Robert Durst muttered in the final seconds of HBO’s documentary series The Jinx Sunday night. Durst was in the bathroom and seemingly unaware of the fact that his mic was still on when he made the most shocking confession on non-scripted television in years.

Whether the filmmakers should have used this tidbit (or alerted Durst to its inclusion in their documentary) before the series aired is just one of many ethical questions journalists and documentarians have posed since The Jinx aired. The episode also featured filmmaker Andrew Jarecki confronting Durst with new evidence. Should the filmmakers have allowed the police to interrogate Jarecki about the new evidence first? Did they put themselves or others in danger by tipping Durst off? When were they obligated to tell the authorities?

In reviews, many have compared The Jinx to another popular true-crime series: Serial. Like The Jinx, the Serial podcast reopened a cold case and drew in its audience with a serialized narrative arc filled with cliffhangers. It’s a compelling storytelling strategy, but the burgeoning popularity of this narrative reporting also has critics wondering whether journalists are forsaking ethics for the sake of drama.

“My issue with this type of storytelling is that as it is unfolding, it isn’t clear how much the storyteller knows. Are they saving something they already know for the big conclusion?” asks Jane Kirtley, professor of media ethics and law at the University of Minnesota. “In traditional investigative journalism, you wouldn’t play ‘hide the ball’ from the reader. So I think taking this narrative approach raises a fundamental question, which is, how candid are you being with your audience about what you knew and when you knew it?”

Serial and The Jinx do “bury the lead” for the sake of suspense. And it’s working. Serial became the most popular podcast in history with 68 million downloads. And though HBO has not yet released the viewership for The Jinx‘s finale, Nielsen calculated that tweets about the show got 11.1 million views on Sunday night, and the show’s shocking ending made headlines Monday.

But there are consequences to that style of journalism. A complaint lodged by Serial fans on social media was that there was no major revelation at the end of the show. Koenig didn’t “solve the crime.” Such a grievance would not be levied against, say, a New York Times investigation into a murder case. But because Serial was told in a narrative style, fans were disappointed when they didn’t get a shocking and satisfactory ending as they would with a fictional show. A fortunate accident led The Jinx filmmakers to their fantasy-esque conclusion: “I killed them all.” The documentary faded to black with these words, giving The Jinx a more True Detective feel than a journalistic one.

And when subjects become characters in a story, the line between objectivity and sympathy begins to blur. “Do you develop a degree of loyalty to the person you are ostensibly investigating, whether it’s Durst or whether it’s Syed, to the point that you’re allowing your own independence to be affected?” asks Kirtley. Journalists have always struggled with their own biases, but Koenig and Jarecki have made it popular to do so publicly.

In one episode of Serial, Koenig told Adnan Syed—who is serving jail time for the murder of his high school girlfriend—that she felt like she knew him to be a good person. And in the final episode of the podcast, she pondered the question of whether she thought Syed did it. (She said: “If you ask me to swear that Adnan Syed is innocent, I couldn’t do it. I nurse doubt. I don’t like that I do, but I do. I mean, most of the time I think he didn’t do it.”) Jarecki, meanwhile, openly stated that he “trusted” Durst in the final episode of The Jinx—that is, before Durst began ducking his calls and lying to him about his location. Jarecki’s views seemed to change once he prepared to confront Durst about handwriting samples that filmmakers believed to be damning evidence.

Whether such transparency is productive is up for debate. Koenig professed on her show that she was trying to bring a new level of honesty to her story by sharing her own thoughts and potential biases. But for Kirtley, that’s not journalism: “The only thing that separates journalists from partisan communicators is impartiality.”

Which brings Kirtley back to the confession from The Jinx. “Most journalists would say their chief loyalty lies with the public interest. So if you have that recording, what’s in the public’s best interest?” asks Kirtley. After the filmmakers discovered the audio from the bathroom, they decided not to reach out to Durst to ask him about it. They told the New York Times that they didn’t believe Durst would speak to them for a third interview. The filmmakers added in a statement that they handed evidence (presumably including the recording and the damning hand writing sample) over to the police “months ago.”

“If I had something that was going to have possibly devastating consequences for my source, I would probably give them a head’s up. But law enforcement would probably argue, ‘Don’t tip him off,'” says Kirtley. “If he’s dangerous, most reporters would probably say report to the police. But many would say you aren’t an arm of the law, so you have no obligation to do so. You decide on a case by case basis.”

The way reporters choose to answer these ethical questions—in the second season of Serial or in future narrative true-crime stories—has major implications. Both these series elucidated problematic elements of our judicial system: the power of money and clout in The Jinx; potential racism and corruption in Serial. And both stories compelled the legal system to take new steps in these respective cases—the Innocence Project is appealing Syed’s case, and Durst was charged Saturday with the murder of Susan Berman and could be convicted based on the new evidence from the film.

Correction: The original version of this story mischaracterized Serial host Sarah Koenig’s assessment of Adnan Syed’s guilt. The story has been updated to include Koenig’s comments from Serial’s final episode.

Read next: ‘There It Is. You’re Caught.’ The Jinx Gets Its Man 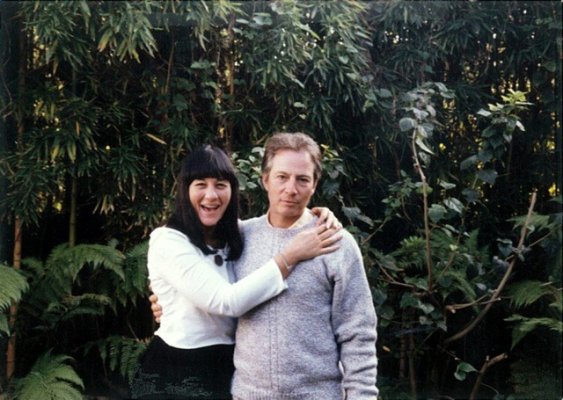 <i>The Jinx</i> Gets Its Man
Next Up: Editor's Pick