Rihanna has big news: She is the new face of Christian Dior’s Secret Garden video campaign.

The “Take a Bow” singer will star in the brand’s fourth video in the series, Christian Dior confirmed to WWD, and she joins the ranks of Marion Cotillard and Jennifer Lawrence as a face for the French company. The campaign has been shot by Steven Klein in Versailles, France, and Rihanna’s film is set for release later this year and will continue from the third chapter, which boasts more than 9 million views on YouTube. We have little doubt that Rihanna will have trouble smashing those figures with her performance.

Given that she’s a regular fixture in the Christian Dior front row and wore the brand for a recent performance of “FourFiveSeconds,” some may have seen the announcement coming. By fronting the campaign, Rihanna is also making history since she’s the first black woman to be a brand ambassador for Dior.

Not only is her role great news for diversity within the fashion industry, but it’s also further proof that 2015 belongs to Rihanna. She stars in her first animation, Home, this month, has recorded the soundtrack to accompany it, and is releasing her eighth studio album this year. 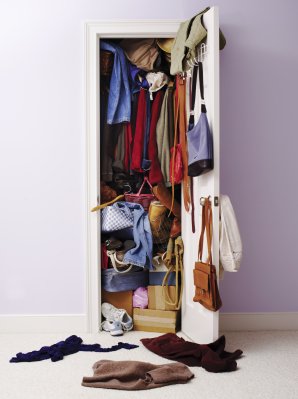 How to Gain More Closet Space Without Renovating
Next Up: Editor's Pick