More than 1 million people took to the streets across Brazil on Sunday to demonstrate against President Dilma Rousseff.

Many were calling for her impeachment over a massive corruption scandal while she was head of the state oil company Petrobras, Agence France-Presse reports.

Rousseff, 67, also faces anger over rising inflation and a weak economy, especially among lower-income voters who traditionally back her Workers’ Party, locally known as PT.

The biggest demonstration was in São Paulo, Brazil’s most populous city, where some 500,000 people took to the streets, dressed in the yellow and green of the national flag. “Get out, Dilma; get out, PT!” they chanted. Rallies took place in 83 other towns and cities across the country, including the capital, Brasilia, where 40,000 people marched toward Congress.

Opposition parties backed the protests but didn’t go so far as to call for the President’s impeachment.

An investigation into dozens of prominent political figures is under way, but the President, who was chairwoman of the company’s board at the time, has not been directly implicated and denies any involvement.

After the protests, the government said it would introduce measures to fight corruption and impunity. 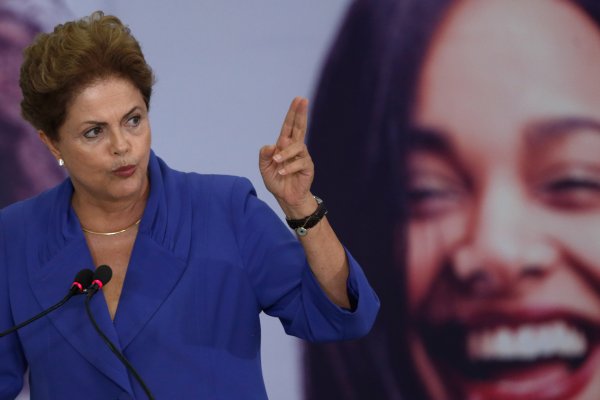 Brazil Imposes Stricter Penalties for Violence Against Women
Next Up: Editor's Pick