Heavy fighting between ISIS and a coalition of Iraqi troops and Iranian-backed Shi’ite militia forces has reportedly destroyed Saddam Hussein’s tomb in his hometown of Tikrit, 140 km northwest of the Iraqi capital, Baghdad, according to a new video released by the Associated Press.

However, the tomb does not hold the former tyrant’s body, which was exhumed and moved last year amid fears that intense clashes would damage his remains, reports the BBC.

Sunday’s video shows his mausoleum nearly razed to the ground, with posters of the former Iraqi President swapped for flags of Shi‘ite militias or posters of Shi‘ite leaders in Iran, which has become heavily involved in the battle against ISIS, a Sunni extremist group.

Tikrit fell under ISIS control last June, but approximately 30,000 Iraqi and 20,000 Shi‘ite forces are currently battling for its recapture before a planned advance to the country’s second largest city, ISIS-held Mosul.

This is not the first time Saddam’s tomb has suffered damage. Last August, ISIS claimed to have destroyed the structure, but this was disputed by officials.

“This is one of the areas where ISIS militants massed the most because Saddam’s grave is here,” said militia Captain Yasser Nu’ma.

Read next: ISIS Demands a Harsh Tax to Leave Town 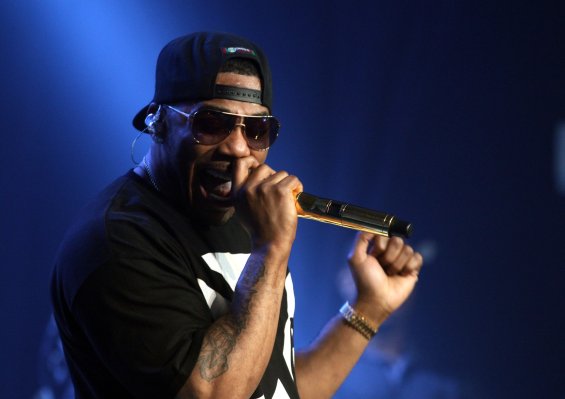 Nelly Performs in Iraq to Support Victims of ISIS
Next Up: Editor's Pick