Just as March Madness swings into high gear, John Oliver squared off against the NCAA on Sunday’s Last Week Tonight.

Oliver is troubled by the fact that the NCAA makes money hand over fist on the sweat of so-called student athletes thanks to sponsorships and TV deals and yet adamantly doesn’t pay them for their services. While the NCAA holds that student-athletes are amateurs who are compensated for their services with an education, Oliver argues that the athletes are employees of the colleges for which they play.

Oliver points out how poorly some universities treat some of their athletes, the sub-par education that some student athletes receive, the fact some students are actually starving while playing for these teams, and caps it all off with a disturbing montage of coaches spewing epithets at their athletes, which would definitely disappoint Coach Taylor. All that and less than 2% of NCAA players go on to lucrative careers with professional sports teams.

Luckily Oliver has a suggestion that can help the NCAA earn more money: an ultra-realistic video game that shows what it’s really like to play ball in the NCAA.

Read next: 6 Ways to Win Your March Madness Office Pool 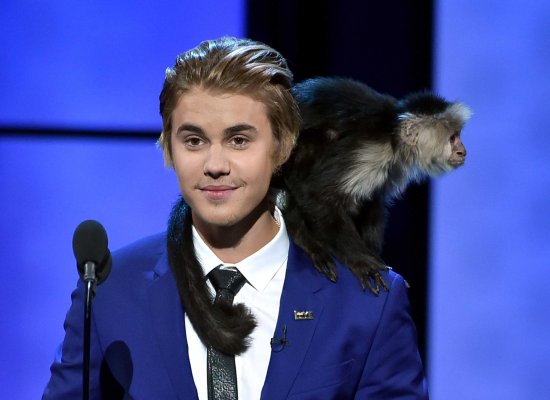 The 21 Best Jokes From the Roast of Justin Bieber
Next Up: Editor's Pick