Vanuatu’s President Baldwin Lonsdale says the tiny South Pacific island nation has lost much of its development due to the havoc wreaked over the weekend by “monster” Cyclone Pam.

“It’s a setback for the government and for the people of Vanuatu. After all the development that has taken place, all this development has been wiped out,” he told the Associated Press in Japan attending a U.N. conference on disaster-risk reduction. “We will have to start anew again.”

Lonsdale went on to say that climate change contributed to the devastation as the low-lying islands of the Pacific are suffering from rising sea levels.

International aid agencies along with military personnel from Australia, France and New Zealand have arrived in Vanuatu to assess the damage and deliver much needed aid and supplies.

Oxfam, who led coordination efforts in preparing for the storm, said 90% of housing in the capital, Port Vila, has been seriously damaged as the Category 5 cyclone ripped through the country bringing with it wind speeds of up to 168 m.p.h. on Friday and Saturday.

The government of Vanuatu declared a state of emergency on Sunday for Shefa province, which includes Port Vila.

Military planes started carrying out surveillance flights on Monday to assess the damage, but the full extent of the devastation in the many vulnerable outer islands, which are home to 33,000 people, is still unknown. Humanitarian organization World Vision told TIME that given the severity of the damage in Port Vila, they “fear the worst” for the other 81 islands. Only 21 of the agency’s 80 staff across the archipelago nation have been accounted for.

The death toll currently stands at eight with more than 30 injured, but that is expected to rise as rescue teams reach remote areas.

World Vision says the hospital in Port Vila, which suffered damage in the storm, is operational but overcrowded and vehicles are short on fuel. Evacuation centers are packed and humanitarian agencies are focusing their responses on providing food, water, sanitation, shelter, health care and child protection to the thousands of people left homeless and vulnerable.

According to aid group ReliefWeb, Internet, radio and GSM communications remain offline throughout the country with the exception of Port Vila, which has intermittent services. More than 80% of power lines in the capital are down and will not be fully restored for several weeks.

“With extra help arriving on the Australian government plane today, we now have a team of 10 people working on this emergency response, and there is a lot of work to be done,” he said from Port Vila.

Cyclone Pam also caused serious damage in nine other countries including Kiribati, Tuvalu and the Solomon Islands, according to the U.N. The cyclone, which has now been downgraded, has moved on to New Zealand, where hundreds of people are without power. 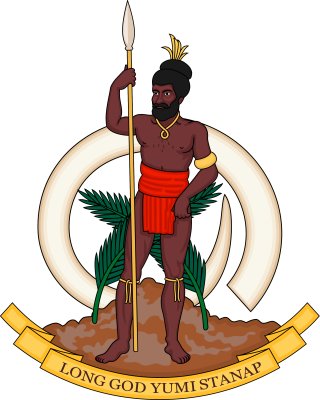 Vanuatu Chief Found in Contempt For Wearing Tribal Dress in Court
Next Up: Editor's Pick