The kosher supermarket in eastern Paris where four people were killed in a January attack reopened Sunday under heavy security.

The store, one of 13 in the Hyper Cacher chain, was closed since Jan. 9 and had become a site of tributes and mourning after three days of terror rocked the French capital, The Wall Street Journal reports. French Interior Minister Bernard Cazeneuve was the first customer, saying, “I came here to say the French Republic is doing everything so that all French people are protected from the threat of terrorism and so that we can live in our country freely.”

“We wanted to reopen quickly and to show we are not defeated and not afraid,” said Laurent Mimoun, one of Hyper Cacher’s owners, adding that all staffers who were working during the attack are still on leave. “It was important for the victims’ relatives and the people in the neighborhood.” 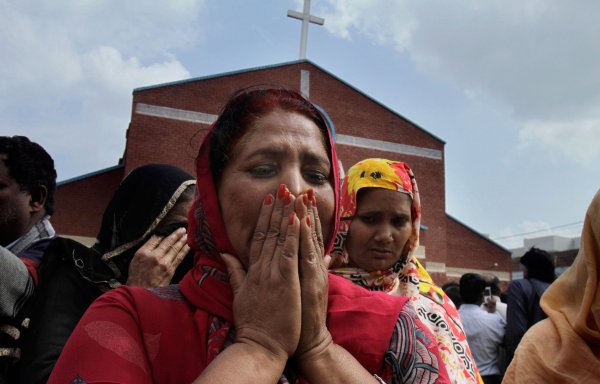 Twin Bombings Outside Pakistan Churches Kill 14
Next Up: Editor's Pick