California May Crack Down Further This Week on Water-Wasters

California may only have about one year’s supply of water left in its reservoirs, but a new report suggests regulators aren’t enforcing penalties at stemming water waste strictly enough.

Gov. Jerry Brown called on residents in January 2014 to reduce their usage by 20% when he declared a drought state of emergency, but the Associated Press reports that consumers only hit the mark in December, with the monthly average since July standing at 11%.

The state established rules last summer that allowed communities to fine excessive water-wasters up to $500, but the investigation finds enforcement has been rare. In Los Angeles, for instance, only two $200 fines were issued in a service area of about 4 million people; in the southern area of Coachella, no homes with pristine lawns received a warning letter.

MORE: California’s Drought Is Now the Worst in 1,200 Years

The report of lax enforcement coincided with a strongly worded op-ed in the Los Angeles Times by a NASA water scientist, who admitted the state “has no contingency plan for a persistent drought” like the current one. “We’re not just up a creek without a paddle in California, we’re losing the creek too,” wrote Jay Famiglietti, of NASA’s Jet Propulsion Laboratory and a professor at University of California, Irvine.

On Tuesday, California’s State Water Resources Control Board will vote whether to extend and broaden the penalties for water-wasters. 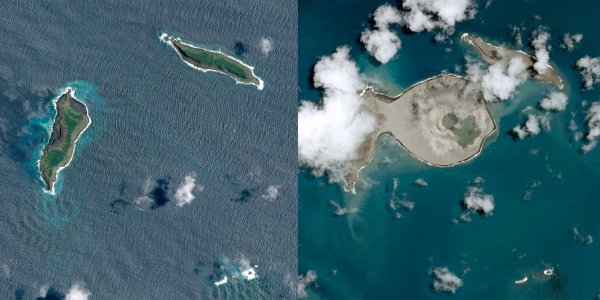 This Island Appeared From Nowhere
Next Up: Editor's Pick