It's Unbelievable We Still Haven't Learned This Lesson

You’d think the Great Recession would still be fresh enough in everybody’s minds that we’d be going out of our way to avoid putting ourselves through the financial wringer once again.

We’re piling on credit card debt at a dizzying pace and experts warn we’re barreling towards a tipping point. The website CardHub.com’s annual study of credit card debt just came out last week, and the numbers are sobering.

Typically, the first quarter of each year sees a big pay down in credit card debt, as we leave the indulgence of the holidays behind (and probably make a few New Year’s resolutions about being more financially disciplined.) We started of 2014 behind the eight-ball by not paying off as much as we had in previous years, and just kept racking up those balances.

On average, every American household carries nearly $7,200 in credit card debt. That figure hasn’t been this high in five years, and it’s still climbing. “The average household’s credit card balance… is growing dangerously close to the $8,300 tipping point previously identified by CardHub as being unsustainable.,” the study warns.

That’s bad, but there’s another factor it’s likely all of these charge-happy American consumers aren’t taking into account: When lawmakers passed the CARD Act in the recession’s wake and prohibited credit card issuers from hiking rates for any old reason, the card companies pretty much en masse switched their customers from fixed-rate to variable-rate cards so they’d be able to raise rates when the prime rate increased.

In all fairness, it’s been pretty easy to overlook the prime rate of late, because nothing’s happening. It’s been sitting at a rock-bottom, near-zero level for years now, with any increase contingent on the Federal Reserve raising its benchmark rate, a move they’ve been reluctant to make — until recently.

With the unemployment rate improving and other signs of renewed economic vigor trickling in, economists expect the central bank to start raising rates sometime this year. And when that happens, the cost of servicing all that credit card debt is going to rise. Households who are just treading water making minimum payments are going to have to pinch pennies from somewhere else just to stay afloat.

How much rates will go up is the $64,000 question. Some think it will be a fraction of a percentage point, but others predict it could go up 1% or 2% this year. “I expect short term rates to rise during 2015, and hence credit card interest rates to rise,” Brigham Young University finance professor Hal Heaton tells CardHub.

In relative terms, that’s still a low rate, but if we’re adding rather than subtracting debt at the same time — which CardHub also predicts we’ll do — this could spell trouble for a lot of borrowers.

Read next: 5 Bad Money Habits You Can Break Today 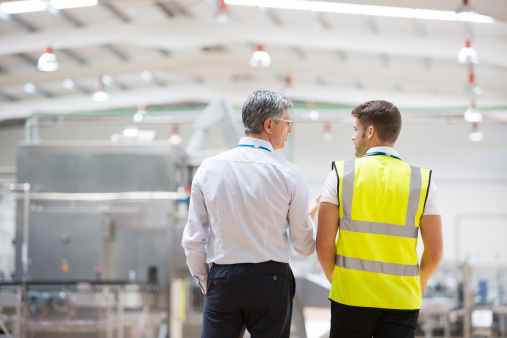 This Simple Fact Can Ruin Your Life for an Entire Decade
Next Up: Editor's Pick