Washington Loosens Up for a Night of Jokes

The powerful elite of Washington, D.C., was set to gather Saturday evening for a night of comedy and revelry at the annual Gridiron Club and Foundation dinner.

President Obama was making his third appearance at the dinner at Renaissance Washington Hotel, with more than 650 officials, lawmakers and journalists also in attendance, according to the Gridiron Club, and more than 100-year-old journalistic group.

“Having been here before, President Obama realizes that the Gridiron requires you to roll with the punches… loosen up,” Gridiron Club President Clarence Page joked in prepared remarks. “Luckily, I hear he just got a great shoulder massage from Joe Biden.”

Wisconsin Gov. Scott Walker, a 2016 GOP presidential hopeful who has bemoaned media coverage of the race, was also attending.

“We had to make some concessions to get Gov. Scott Walker to appear,” Page said. “His people asked us to avoid gotcha questions—meaning no questions that end with a question mark.” 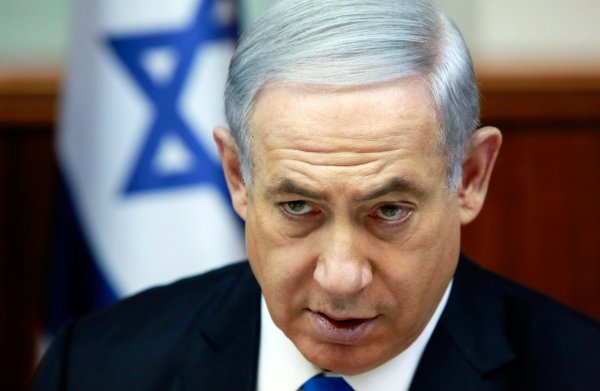 Bibi Tried to Block U.S. Intel Briefing on Iran
Next Up: Editor's Pick