5 Stats That Explain the Super Wealthy

The world will always be divided into “the haves and the have nots,” but lately seems the ‘haves’ are capturing more and more of the world’s wealth. Yet, even the super wealthy are feeling the impact of political turmoil. Here are five stats that explore the plight—and flight—of the world’s richest.

For a country that relies on oil for almost 70% of state revenue, crashing prices spell trouble. The stock index dropped 40% in 2014, while the currency has lost a fifth of its value over the last six months. But the person who has been hit hardest is the person who can most afford it. Africa’s richest man, Aliko Dangote, earned Forbes’ “Biggest Loser” title—his wealth has fallen the most of anyone on earth in dollar terms. Yet he still has a $14.7 billion fortune and his companies account for a quarter of the market capitalization of the Lagos stock market. Even as youth unemployment and corruption remain staggeringly pervasive, economic growth has enriched the country’s elites. Nigeria’s population of high net worth individuals grew 44% between 2007 and 2013.

Russia has also been battered by tanking oil prices, and sanctions have had an outsized impact on Russia’s wealthiest and those closest to Vladimir Putin (who are often one and the same). The country lost the most billionaires in 2014, down to 88 from 111. Between February and December of 2014, the combined wealth of the country’s 20 richest people shrank by 30%. In other words, .0000001% of Russia’s population lost $73 billion—a sum on par with the annual GDP of neighboring Belarus. It’s no wonder India overtook Russia for third place on the billionaires list last year.

Millionaires have been voting with their feet. Between 2003 and 2013, 76,200 Chinese millionaires emigrated, representing 15% of China’s total and the largest exodus of millionaires of any country. Over the same span, 27% of Indian millionaires, some 43,400 people, left as well. In third place, France saw 13% of its millionaire population leave, perhaps due to what they viewed as excessive taxation on the wealthiest. Russia came fifth in sheer number of departing millionaires; they accounted for 17% of Russia’s millionaire population. Where are they all heading? Mainly the UK, the U.S., Australia and Singapore. The number of UK fast-track or Tier 1 visas (which require a $3 million investment in British assets) provided to Russians increased nearly 70% last year.

A few years ago, New York surpassed Moscow as the top city by billionaire population. Hong Kong, London, and Beijing round out the rest of the top five. Yet, unlike Moscow, where 80% of Russia’s billionaires reside, New York has less than a sixth of America’s. The United States spreads the wealth: 11 U.S. cities have 11 or more billionaires. California itself has 131—if it were a country, it would have more billionaires than any country except the U.S. and China.

While many of China’s wealthiest may have left the country, there are plenty who still fill the highest ranks of government. More than one in seven of the 1,271 richest Chinese are serving in Parliament or its advisory body. These 203 delegates are collectively worth over $460 billion. For some perspective, the richest representative in the U.S. government would be the 166th richest member of China’s government. Even as Chinese leader Xi Jinping clamps down on corruption and pressures elites to rein in their extravagance, China’s wealthy are still spending. Chinese now represent nearly a third of the world’s luxury sales, although roughly two-thirds of these sales take place outside the country. 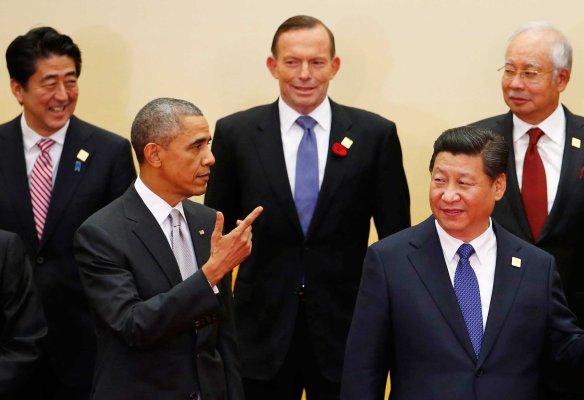 U.S. Attacks Britain Over Support For China-Backed Bank
Next Up: Editor's Pick