SANTIAGO – Thousands of people were evacuated from around the Chilean port city of Valparaiso on Friday as a forest fire raged out of control, emergency service agency Onemi said.

Some 4,500 people were being evacuated from Valparaiso and neighboring Vina del Mar and a state of emergency had been declared, Onemi said.

The fire was advancing rapidly, and the numbers being evacuated could rise to 16,000, depending on how the fire progressed, the interior ministry said.

Three firefighters were taken to hospital with injuries and one woman died of cardio-respiratory causes, it said. The fire had begun in a rubbish dump and had burnt some 260 hectares… 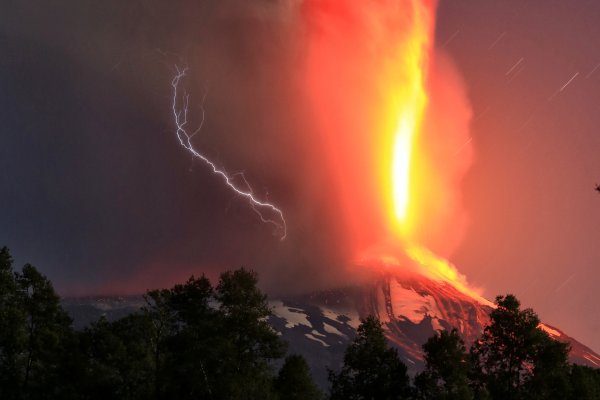 Watch a Volcano in Chile Spew Ash and Lava
Next Up: Editor's Pick