This Simple Fact Can Ruin Your Life for an Entire Decade

Anybody who’s ever lost a job knows it’s a miserable experience, but a new study shows that the aftereffects of being laid off last far longer than you probably suspected.

Research on 7,000 British adults by social scientists at the University of Manchester finds bad feelings that erode trust and lead to cynicism linger for a full 10 years, even if people have moved on in their careers.

“Even a single experience of redundancy can lead to depressed trust and what is particularly concerning is that people reported less willingness to trust others even after they got another job,” says James Laurence, the study’s author. The problem is especially acute for people whose identity is strongly tied up in their work.

“Losing a job often feels like a violation of trust because it meets all the right conditions, seen through the lens of ordinary human relationships. We build trust by making commitments and keeping them,” says James Jeffries, director of career development at Bard College at Simon’s Rock.

Jeffries says it’s not surprising that people whose sense of self depends on their job are more affected by job loss. “The more serious the relationship, the deeper we sense betrayal and the harder it is to recover,” he says.

But career experts say you’re not necessarily consigned to a year of giving other people the side-eye. There are coping tools that can help you recover without having to wait a decade.

Develop a more well-rounded sense of self. “In the U.S., so much of our ego and self-esteem tied into the work we do,” says Elene Cafasso, founder and president of executive coaching firm Enerpace. When that’s taken away, it leaves a void. To keep that from taking over your life, she says you need to engage in activities that can help you reclaim your identity as a person outside of a job.

“Focus on what gives you energy – working out, dancing, singing, volunteering, spirituality, time with friends – whatever does it for you, get more of that,” she says.”Focus on what you can control and… find an area where you can make an impact.”

Embrace the desire for concrete answers. “Their eroded trust will result in a desire to gain additional security in interactions,” says career coach Todd Dewett. People who have been laid off are less likely to accept general assurances about future career advancement and will seek out specific, concrete answers, which can be useful when looking for a new job offer or a promotion down the road. “Dealing with huge setbacks can be a catalyst that pushes people to more actively process… difficult feelings,” he says.

Don’t pull the plug on your professional life entirely. “Stay current in [your] skills. Keep doing something to revise, expand and update your resume,” says Patricia Malone, executive director of the Corporate Education and Training and the Advanced Energy Training Center at Stony Brook University. “Use volunteer work to boost your transferable skills on the resume,” she suggests. This has the dual benefit of forcing you to engage with — and re-learn to trust — other people in a professional setting.

Spend some time with other people who have been laid off. One of the biggest hazards of job loss is the emotional isolation that can lead to unproductive ruminating on your loss. “[Join] a group of peers who are in the ‘same boat,'” suggests Ofer Sharone, an assistant professor at the MIT Sloan School of Management. Yes, the networking might be helpful, but it’s more than that: They know what you’re going through like nobody else does, so you can drop the “game face” sometimes.

“Not only getting together for networking, where you have to present your ‘best self,’ but getting together to share the hard emotional stuff as well,” is an invaluable way to rebuild that broken trust, Sharone says.

But don’t spend all your time with them. “Do not spend all your networking time with others in transition,” Cafasso says. “Go where folks have a job.” She suggests attending professional association events, joining community service groups, participating in religious organizations and the like.

Think about where trust still does exist in your life. “Most of this advice asks a person to stop thinking in generalities and relentlessly pursue the details that make up a productive life,” Jeffries says. “It’s tempting to revel in cynicism and grief after losing a job until the wound becomes a scar,” he says, but he warns that wallowing will ultimately come back to haunt you. “If you’re feeling cynical, chances are you’ve become blind… to all the ways your life still depends on well-placed trust.”

Read next: How Not to Answer ‘Why Are You Interested in This Position?’ 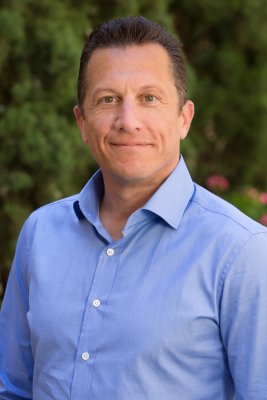