The SAE Scandal Is Another Example of Plummeting Tolerance for Bigots

The Sigma Alpha Epsilon frat members who were expelled from the University of Oklahoma last week after they were caught on tape chanting a racist song are more than just bigotry — they’re also an example of a new kind of out-group. According to a newly released longitudinal study of tolerance across generations, we’re now more tolerant of every group except people who are intolerant.

A new study out of San Diego State University and the University of Georgia found that since 1972, people have become increasingly comfortable with gay people, atheists, communists and militarists playing active roles in their communities. The only group that didn’t see an increase in tolerance was racists.

By modern standards, it feels somehow wrong to lump racists, atheists and gay people into the same survey, as if they were comparable identities. But the study looked at responses to a survey that began in 1972, which may be why the comparisons seem strange and outdated. Back then, racism, homosexuality, communism, militarism and atheism were all examples of controversial out-groups — and the study was intended to measure tolerance of these groups, not make judgments about them.

This new analysis of changing attitudes was done based on data collected since 1972 via the General Social Survey of more than 35,000 adults. To measure tolerance of different groups, participants (all of whom were over 18) were asked whether a member of that group (a communist, a gay person, etc.) should be allowed to give a speech in their community, teach at their college, or have a book in the public library. “It’s not just about having rights,” explains Jean Twenge, a co-author of the study and author of Generation Me. “It’s about interacting with the community, teaching kids, giving speeches.”

But 56% acceptance is still a fairly high tolerance for such an abhorrent view. Some have said that the incident at the University of Oklahoma proves how little progress we’ve made in eliminating racism, but Twenge disagrees. “I think the outrage that has followed these incidents is an indicator of how much things have changed,” she said. “If fraternity members in 1965 had said the things that the OU fraternity members said, nobody would have cared. And now they got expelled. I think that shows the difference.”

In general, the study found that young people tended to be more tolerant than older people, and that more recent generations were more tolerant than earlier ones. But the study also found that the most recent generation had the smallest tolerance gap between older people and younger ones — in other words, a 30-year-old and a 70-year-old today are more likely to agree than they would have in the 1970s. That’s because the biggest jump in tolerance levels was from the Silent Generation to the Baby Boomers.

However, even if tolerance has increased with the millennial generation, empathy hasn’t necessarily followed. A study out of the University of Michigan found that college students are 40% less empathetic today than they were 20 or 30 years ago. But what’s the difference between tolerance and empathy? “Being tolerant means ‘you can go do your own thing, be my teacher, give a speech, and I don’t really care if you’re gay or a communist,’” Twenge explains. “That’s different psychologically from saying ‘I understand your perspective, I feel the same things you do, and I really care what happens to you.’”

Social media may be responsible for both the rise in tolerance and the decline in empathy. While social media exposes people to different perspectives that encourage them to be more tolerant of different attitudes and lifestyles, it also may reduce their face-to-face contact with other human beings.

Read next: The Historical Roots of Fraternity Racism 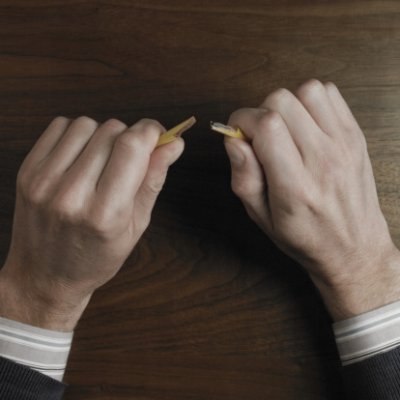 10 Ways to Make Sure You Never Choke Under Pressure
Next Up: Editor's Pick