Nelly Performs in Iraq to Support Victims of ISIS

Grammy award-winning artist Nelly, whose hits like Hot in Herre and Dilemma topped charts in the early 2000s, took to a stage on Friday in Erbil, Iraq to raise support for the embattled Kurds.

Nelly performed at a charity event hosted by Rwanga, a regional humanitarian organization. Ticket sales to the performance, which coincided with an annual soccer tournament, were donated to “those impacted by the recent conflict in the area,” Rwanga said.

Kurds in northern Iraq and Syria have been on the front lines of the fight against the Islamic State of Iraq and Greater Syria, which seized large swathes of both countries and came within some 25 miles of Erbil before Kurdish forces, known as the peshmerga, helped push them back with support from U.S.-led coalition airstrikes.

Correction: The original version of this story, using information from the humanitarian group Rwanga, incorrectly described the history of American artists performing in Erbil. Other Americans performed there before Nelly. 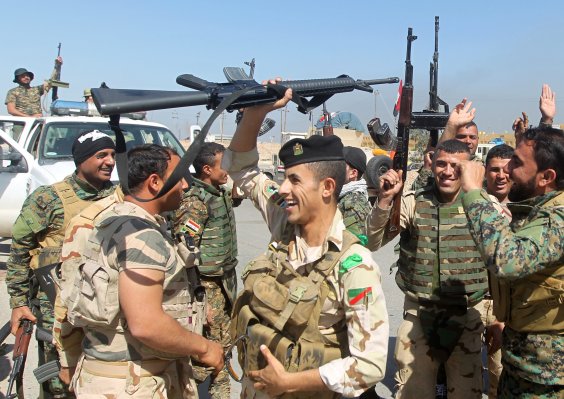 Iraq Gains Ground on ISIS
Next Up: Editor's Pick