Here's How 23andMe Hopes to Make Drugs From Your Spit Samples

On March 12, 23andMe, the genetic testing company best known for analyzing your DNA from a sample of spit, announced the creation of a new therapeutics group. The group’s mission: to find and develop drugs from the world’s largest database of human genetic material.

That’s a huge shift for the company, which must now build a research and development arm from scratch. Richard Scheller, formerly of the biotechnology corporation Genentech, will lead the group and will also be 23andMe’s chief science officer.

Scheller admits that for now, he’s the therapeutics group’s only member. But soon after he starts on April 1, he anticipates that things will move quickly, as they do in the genetics world. That’s what attracted him to 23andMe after overseeing early drug development at Genentech for 14 years. “I’ve seen over the last couple of years how human genetics has impacted the way Genentech does drug discovery, and I thought it might be fun and interesting to work in an unrestricted way with the world’s largest human genetic database,” he says. “The questions we will ask are research based, but we could identify a drug target extremely quickly. I believe there is the real possibility to do really, really great things for people with unmet medical needs.”

That experience “transformed” the company, as CEO Anne Wojcicki said to TIME earlier this year. Since then, the company has expanded its collaborations with pharmaceutical companies to access its database. The latest addition of drug development is a further evolution in the company’s identity.

Of those who have sent in samples, 80% have agreed to allow their genetic information to be used for research purposes. That’s the database that Scheller is eager to investigate. While at Genentech, he helped broker a collaboration between the biotech firm and 23andMe in which Genentech would have access just to the genetic testing company’s Parkinson’s disease patients, to search for any genetic clues to new therapies. Now, he says, “I plan on asking hundreds or maybe thousands of times more questions of the database than any pharmaceutical partner.”

He will be looking, for example, at whether patients who develop a certain disease tend to have specific hallmark genetic changes in their DNA, which could serve as potential launching points for new drugs. Or he might focus on the extreme outliers: people who have advanced cancer, for example, but somehow survive, or those who seem to succumb early. Mining their genomes might yield valuable information about what makes diseases more or less aggressive, and might become targets for drugs as well.

To do this, Scheller will have to create a drug development team from the ground up. The company is not divulging how much it intends to invest in this effort, but is soliciting another round of financing in the coming months. Initially, Scheller anticipates that even before the company has labs set up, he and his team will take advantage of labs-for-hire, or contract research organizations, to start doing experiments within weeks. Because his drug candidates will be more targeted and designed to address specific mutations or processes in the body, he anticipates that the cost of developing drugs that patients might eventually benefit from may be “substantially reduced” from the average $1 to $2 billion most pharmaceutical companies now spend.

MORE: Time Out: Behind the FDA’s Decision to Halt Direct to Consumer Genetic Testing

As for which disorders or medical issues he will tackle first, Scheller is being democratic. “We are going to be opportunistic,” he says. “That’s the nice thing about being part of 23andMe. We don’t really have a say. We can look generally at the database, and try and let it teach us what we should be working on.” In other words, anything is game. 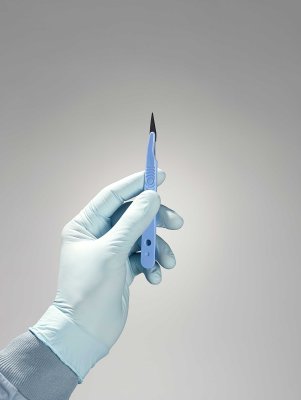